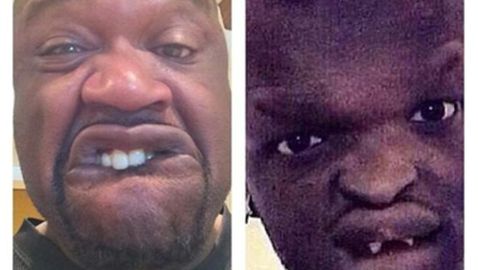 Jahmel Binion is a native of Detroit who suffers from a rare disorder. He was recently bullied on Instagram by former NBA player Shaquille O’Neal, according to MLive. Now, Binion’s new “Hug Don’t Judge” anti-bullying campaign is receiving a ton of support.


“I was confused,” Binion said. “I was thinking ‘Man, he’s supposed to be this role model, someone everyone is supposed to look up to.’ If Shaq does something like this, then (everyone who follows him) will think ‘We should do this.'”

Binion has tried reaching out to O’Neal, but has not heard back from the former NBA player. Binion also sent pictures to MLive of others mocking him, including rapper Wacka Flocka Flame and former Michigan basketball player Trey Burke. Binion said he has not talked to any of these people and is not sure how they found his picture. He said he has never interacted with any of them previously.

Binion was born with this condition. It produces abnormalities with the sweat glands, hair, teeth, face and nails.


Binion created a Facebook page for “Hug Don’t Judge” and by early this week it had almost 17,000 members. His Instagram page has almost 900 followers.

“It feels like I’m not alone,” Binion said. “People are supporting my side of the story.”


Binion said his message to O’Neal is:

“Why?” Binion said. “And I’d let him know I’m starting this ‘Hug Don’t Judge’ campaign. Maybe he could be a bigger person and support or contribute to my campaign.”

Binion said that even though it is difficult going out in public, he will not live in fear.

“You get a couple laughs here and there, but I don’t pay attention to it anymore because it has been happening for so long,” Binion said.