Got a tip?
Home » Legal Technology News » Immigration Advocates and the Tech Industry 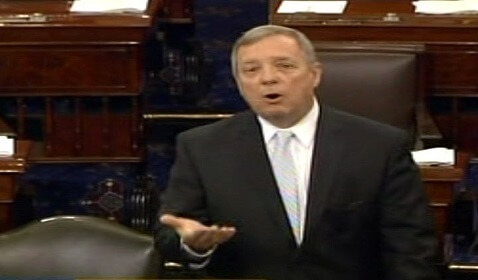 A bill supported by High-Tech companies, that would increase visas for foreign skilled workers has flared fear among immigration activists that the powerful industry wants to cut it’s own deal and forget about the immigration overhaul.

Sen. Dick Durbin-lll, (D)– Ill. is one of the original architects of the immigration bill that was passed last year by the Senate. He sent industry leaders a letter insisting them not to break their commitment to the broader changes, including path to citizenship for the nearly 12 million undocumented immigrants in the USA.


Tech companies are saying they will remain committed to comprehensive change, but the strife marks the delicacy of the distinct coalition of advocates and the frustration they feel over the deficiency of Congress to pass a bill.

“Until a coalition like this has a tangible success, there are going to be inherent suspicions among the partners,” said Louis DeSipio, a political science and Latino studies professor at the University of California-Irvine. “The inaction of the House on immigration reform is creating tension. Each of the coalition partners is unsure of how committed the other partners are.”

That’s especially true, DeSipio said, since the coalition supporting an immigration overhaul is broader than it has ever been, bringing together business groups and labor unions, Catholics and evangelical Protestants, immigrant rights activists and police chiefs.


“This is a new coalition in American immigration reform history,” the professor said. “Some of the coalition partners don’t know each other that well.”

A bill introduced by Rep. Darrell lssa, R-Calif., and Bob Goodlatte, R-VA., chairman of the House Judiciary Committee, the SKILLS Visa Act, would increase the cap on the number of H1-B visas from 65,000 to 155,000, allowing U.S. companies to bring in more computer scientist, engineers and other highly skilled workers from foreign countries.


“I am troubled by a recent statement that some in the technology industry may shift their focus to passage of stand-alone legislation that would only resolve the industry’s concerns,” Durbin wrote in an April 1 letter to the CEOs of Accenture, Amazon, Cisco, Deloitte, Facebook, Google, IBM, Intel, Microsoft and Oracle.

“This ‘divide and conquer’ approach destroys the delicate political balance achieved by our bipartisan (Senate) bill and calls into question the good faith of those who would sacrifice millions of lives for H1-B relief,” Durbin wrote.

The executive director of America’s Voice immigrant rights group, Frank Sharry, said he is not worried that Congress would pass an H1-B visa bill without taking action on a broader immigration bill. Even if the Republican-led house passed a bill that would help high-skilled foreign workers, the Democrat-led Senate and White House would not let it go through unless it was part of a comprehensive package, Sharry said.

“I’m annoyed but not concerned,” Sharry said. “Tech lobbyists may be doing things to try to impress their bosses, but it’s not the kind of thing that’s going to survive the rough and tumble of Congress.”

The executive director of the Center for Immigration Studies, Mark Krikorian said, that could change if Republicans take control of the Senate in this fall’s election. “If both chambers of Congress pass an H1-B bill, would the president really veto it?” Krikorian said. “I’m not sure he would. And if the tech industry gets what it wants, then they’re done. What do they care about the rest of this stuff?”

If you are looking for IT jobs across the USA then click here.