Got a tip?
Home » Home » Mick Jagger Speaks Out about the Death of his Girlfriend L’Wren Scott 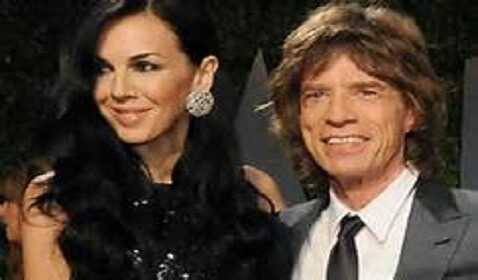 Mick Jagger and The Rolling Stones have postponed the rest of their Australia and New Zealand tour. According to the bands website, the tour was postponed because of the death of Mick Jagger’s longtime girlfriend, L’Wren Scott, 49. Scott was found dead in her New York apartment on Monday, from an apparent suicide. Scott was found hanging from a door knob with a scarf around her neck.

“Mick Jagger, Keith Richards, Charlie Watts and Ronnie Wood wish to thank all of their fans for their support at this difficult time and hope that they will fully understand the reason for this announcement,” the statement read. “The rolling Stones are planning to reschedule these postponed shows at a later date.”


The couple has been dating since 2003, and Jagger has often been seen at his girlfriend’s fashion shows. On Mick Jagger’s official website, MikeJagger.com, this statement was posted: “I am still struggling to understand how my lover and best friend could end her life in this tragic way. We spent many wonderful years together and had made a great life for ourselves. She had a great presence and her talent was much admired, not least by me. I have been touched by the tributes that people have paid to her, and also the personal messages of support that i have received. I will never forget her.” The same statement was posted on Jagger’s Facebook page where many fans left messages of encouragement.

A police department representative said the New York medical examiner will determine the cause of death as investigations continues into what led up to it. According to CNNMoney, the designer’s business was facing mounting losses and debts. The fashion world is shocked with the death of the famed designer. She was a well loved designer who rose from a model for Thierry Mugler in the 1980’s before she became a stylist.

“She was so tall and so glamorous, so unlike anyone else you’d ever seen,” Amy Larocca of New York magazine wrote. “She was easy in her six-foot-three skin as she’d sit down to watch the models parade their narrow pencil skirts, their snug little cardigans, and their general air of film-noir fantasy up and down the runway.”


Fashion writer Suzy Menkes wrote in The New York Times, “As a much lauded but discreet stylist, she became a power behind the Hollywood thrones.” She added “The discretion that the designer showed in her work was mirrored by her attitude as a partner to a rock icon. Her clothes suggested a strong and feisty woman, yet she remained a very private person.” Scott was quoted once saying, “I’m a fashion designer. I don’t want to be defined as someone’s girlfriend.” Fashion writer Nico Bellay tweeted, “My thoughts are with Mick, but her name is L’Wren Scott, not ‘Mick Jagger’s Girlfriend.”