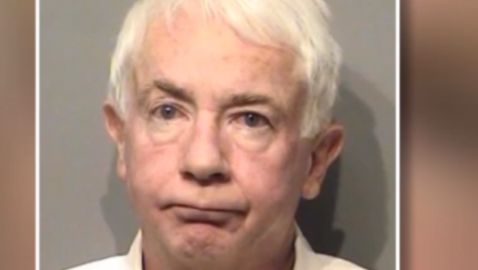 Joe Rickey Hundley, who slapped a toddler on a flight to Atlanta, has been sentenced to eight months in federal prison. The sentencing came on Monday for Hundley, who pled guilty to his actions, according to a report from the Associated Press.

The 19-month-old boy is black, and Hundley was accused of using a racial slur against the child. He also hit the child under the eyes as the flight was arriving in Atlanta from Minnesota back in February. Hundley entered his guilty plea in October, which was to a charge of simple assault, after he and prosecutors reached a plea agreement.


A sentence of six months in prison was recommended by prosecutors, but Hundley wanted to argue for a lower sentence. He was sentenced to eight months in prison by U.S. Magistrate Judge Alan Baverman because of Hundley’s prior criminal history. Hundley has previously been charged with assault.

Hundley informed Judge Baverman that he took full responsibility for his actions and apologized to the child’s mother, Jessica Bennett, in the courtroom. Hundley was sitting in the window seat and Bennett in the aisle seat with her child on her lap.

The child began crying during the plane’s descent into Atlanta. This is when Hundley “told her to shut that (N-word) baby up,” according to the sworn statement of an FBI agent who investigated the incident. Bennett reportedly asked Hundley what he said and reports claim that he leaned in and said it again. The statement from the FBI agent says that Hundley hit the child, which left a scratch under his right eye.


Hundley was on his way to Atlanta to meet with his ex-wife so the two could take their only son off of life support. Hundley’s son was in a coma due to an insulin overdose that appeared to be an attempt at suicide. His son had been proclaimed brain dead by doctors the day before the flight to Atlanta.

“I made the most terrible day in my life much worse for me and for others,” Hundley told the judge.


According to Bennett, Hundley increasingly became obnoxious and even seemed to be inebriated on the plane. Since March, Hundley has been going to Alcoholics Anonymous meetings each day and receives 15 hours of counseling per week.

“You cannot assault another individual, regardless of how sad or upset, or even how intoxicated or sick, you are,” Baverman said.

Hundley has also been ordered to pay restitution of $105 to Bennett to go along with a $2,500 fine to the government. Hundley must also serve one year of supervised release, seek anger management counseling, alcohol abuse treatment and perform 120 hours of service to the community.

“It is my belief that Mr. Hundley is a bully,” Bennett told the judge. “He saw an easy mark in a woman with a young child to unleash his bigotry.”