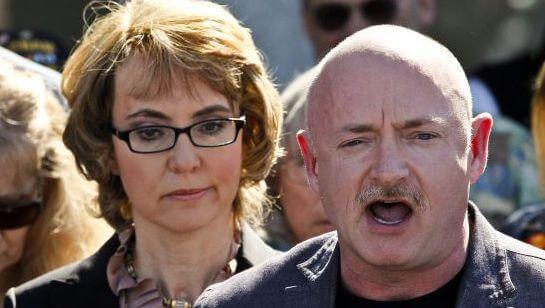 Mark Kelly, the husband of former U.S. Rep. Gabrielle Giffords, has had his purchase of a military-style rifle rescinded by a Tucson gun store, according to Fox News and The Associated Press. Kelly said he wanted to make a political point with the purchase. His point was to prove how easy it is to acquire the type of firearms he is asking Congress to ban.

Kelly purchased an AR-15-style rifle on March 5 and a .45-caliber handgun from the Diamondback Police Supply store. A debate raged after he posted a picture of himself shopping at the store on Facebook.

Kelly could not take the gun home with him because the store purchased it from a customer. By Tucson law, the store has to hold the gun for 20 days so the city can make sure it was not used in a crime.

In a statement posted to Facebook, the store’s owner, Doug MacKinlay, said he “determined that was in my company’s best interest to terminate this transaction prior to his returning to my store.”


“While I support and respect Mark Kelly’s 2nd Amendment rights to purchase, possess, and use firearms in a safe and responsible manner, his recent statements to the media made it clear that his intent in purchasing the Sig Sauer M400 5.56mm rifle from us was for reasons other then for his personal use,” MacKinlay said in the statement.

MacKinlay also noted that Kelly’s money will be returned and that the rifle is going to be donated to the Arizona Tactical Officers Association so it can be raffled at a fundraiser. His store will also make a contribution of $1,295 to the Eddie Eagle GunSafe Program.