Got a tip?
Home » Weird News » Man Born Without Penis to Get a Functional Member through Surgery 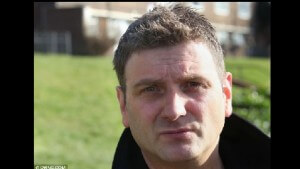 Most men would sooner lose their hands than their genitals — an erect male member was not only a symbol for the God Dionysus, but means something divine for men everywhere. Being born without a male member altogether is a travesty effecting only one in 20 million men, and Andrew Wardle was one of those such men. A birth defect of an ectopic bladder, in which the bladder formed on the outside of his body, left him having 15 operations at a young age to get it inside and functional, and also left him completely lacking those few inches that matter so much.

To his high credit, he managed to keep it his secret throughout his childhood. How easy it would be to confide such a matter to one’s best friend, only to be betrayed — as children often do — and therefore be branded as the boy without a penis. That never happened, he kept his secret. And though his biological mother was unable to cope with the unique situation — she gave him up for adoption — his adoptive parents loved him and helped him cope with his biological situation. He was even able to play European football and Rugby, privately using a tube to use go to the bathroom.

He said to The Sun, “I could use the tube to use urinals and I could play football and rugby and ride my family’s horses. I got used to hiding it. Apart from the operations, I could live like a normal lad my age.”


Nevertheless, going into his teens brought the reality of having no penis to prominence. He was attracted to women, naturally, his testosterone levels were not affected, he had testicles, only of course he was not able to handle such pressures in the standard way.

He had a girlfriend started at age 17 who understood his situation. He kept her satisfied, but after four years she left to experience different kinds of relationships than the sort he could offer.

For years he grew more and more depressed. Though he had slept with 100 women, he felt discouraged. He took to using drugs such as ecstasy and LSD to cope with his depression, but finally tried taking his life with an overdose of pills.


His sister Michelle Bailey helped him get help. He saw a counselor and discovered he was a candidate for a new sort of surgery that takes a large patch of skin from the forearm, rolls it up into a layered tube, and can be crafted into a working penis.

His new penis will be able to pass urine, have feeling, and with the help of a pump, have sex. It will use the blood vessels and nerves of the forearm rolled up and grafted unto his where his penis normally would be located. It will even joined to his testicles so he can have children.


He told the Sun, “I never thought this day would come and I still can’t believe it is possible for me to actually have a fully functioning penis.

“I’ve been told that after a year, and three operations, they will be able to build one that will work in the same way as any other man’s. If it’s a success, I can finally start living like a normal man.

“Things like having sex and starting a family, something which so many people take for granted, could actually become a possibility.”

At the age of 39, such a surgery is coming just in time. If it is successful, it could help him have a married life and fatherhood just like any other man.