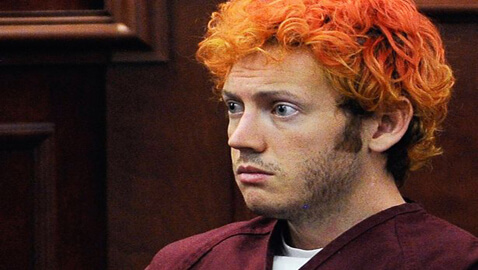 On Wednesday, court filings said that prosecutors working the James Holmes Colorado movie theater shooting case urged a judge to reject a motion from the defense. The defense filed a motion to declare the insanity defense law unconstitutional, according to Reuters.

Arapahoe County District Judge William Sylvester was asked last week by Holmes’ attorneys to declare the Colorado insanity defense law unconstitutional. The reason is that it compels defendants who plead insanity to cooperate with psychiatrists appointed by the court.


Defense lawyers argued that the scenario could force Holmes to offer possibly incriminating statements that could be used against him at trial and in sentencing if he is convicted. In the motion from the prosecution, the team said, “It is well established law in Colorado that submitting to court ordered evaluation does not violate a defendant’s Fifth Amendment privilege against self-incrimination.”

Holmes is supposed to enter his plea sometime next week. Holmes has been charged with multiple counts of first-degree murder and attempted murder for the shooting in July that killed 12 people and injured 58 at a midnight showing of “The Dark Knight Rises” in Aurora, Colorado.

Following the entering of a plea, prosecutors then have 60 days to announce if they will seek the death penalty. George Brauchler, the Arapahoe County District Attorney, noted last month that he added a death penalty lawyer to the team of prosecutors.