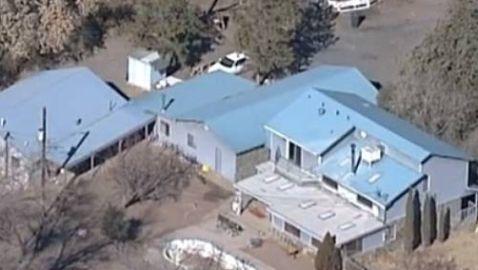 A shooting in a New Mexico home left two adults and three children dead and a 15-year-old boy in custody. The boy was arrested murder charges associated with the shootings, which occurred on Saturday night at a home near Albuquerque, according to Lt. Sid Covington, a spokesman for the Bernalillo County Sheriff’s Department.

The victims were identified on Sunday as Greg Griego, 51, Sara Griego, 40, and three children. The children are Zephania Griego, 9, Jael Griego, 5, and Angelina Griego, 2. Greg Griego spent 13 years working as a volunteer chaplain at the county jail and performed spiritual work with local firefighters.


“Chaplin Griego was a dedicated professional that passionately served his fellow man and the firefighters of this community,” Fire Chief James Breen said in a statement. “His calming spirit and gentle nature will be greatly missed.”

Griego helped create the Metropolitan Detention Center’s chaplain program and helped inmates integrate themselves back into society, according to Jail Chief Ramon Rustin. Griego formerly belonged to the pastoral staff at Calvary, a Christian church in Albuquerque. While there he ran the Straight Street program for inmates.

According to police, each victim suffered more than one gunshot wound. Multiple guns were found in the home, one a semi-automatic military-style rifle. It is still not known who owns the guns.

Officers have not told the public about conversations they have had with the suspect, who has been identified as the Griegos’ son. He has been charged with two counts of murder and three counts of child abuse resulting in death. Sheriff Dan Houston is scheduled to hold a press conference on Tuesday.


A dirt road leads to the home, which is surrounded by an agricultural field and trees. One neighbor, Peter Gomez, lives 200 yards from the home where the shooting occurred. Gomez told reporters that he had seen the family multiple times but did not know them.

“It’s a horrible thing,” Gomez said. “You see all this stuff that happens all over the country, the shootings in the schools and theaters, and then it happens right here. It’s sad.”

According to the Albuquerque Journal, the teen planned to go to the nearest Walmart to die in a shootout with police in another round of killings. The teen called a friend who convinced him to go to Calvary Chapel, which is when a security guard called 911.