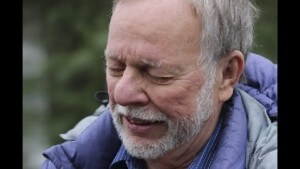 The media treats its objects like game pieces. If a man or women happens to make national news, his or her image gets spread over the internet and is open to the speculation and opinion of everybody and anybody. In a way, this is very democratic, in a way this is the next step in extending our free speech. But in cases like George Zimmerman, he has come to stand for a principle, an evil principle, and is the subject of much hate. And as for Gene Rosen, the man who helped comfort six children during the Newtown shooting, he is now the subject of conspiracy theories.

He is being exposed somehow as being an actor, part of a conspiracy, which alleges that the government set up the Newtown shooting (and also the Aurora shooting) in order to dupe the public into changing their gun laws and breaching the second amendment. Such logic has fueled 9-11 rumors since 2001.


During the Newtown shooting, Rosen found six children and a bus driver outside his house. “We can’t go back to school,” said one boy. “Our teacher is dead.” He comforted them, fed them, and called their parents. He later was the subject of many media interviews.

“I wanted to speak about the bravery of the children, and it kind of helped me work through this,” he said to Salon in an interview. “I guess I kind of opened myself up to this.”

When faced with people in the public, in restaurants, who opine that he is a conspirator, what they call a “crisis actor,” he is tempted to violently confront them. He never would, “But it tells me how rageful I am. And I am rageful about it, both for the children and for the mother of the child who came to my house looking for her son, and I wanted to look this guy [an accuser] and I wanted to just fucking decimate him. That’s my rage.”


Fortunately, the negative publicity is outweighed by the positive publicity, the thank you cards and warm emails.

Becoming a media icon is in a way like becoming the public’s toy to do with as they please. Wild and irresponsible speculation such as that which conspiracy theories are known for can turn a hero into a villain in some people’s eyes.