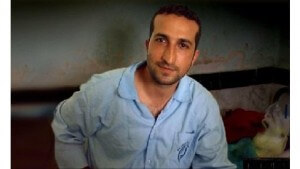 Religious tolerance is an emblem of the West not at all imitated in Iran. On Christmas day, Iranian Christian pastor Youcef Nadarkhani was arrested and brought back to Lakan Prison in Rasht. He had previously been released on probation for a three-year sentence, most of which he has already served, for evangelizing Muslims. In September he had been acquitted of apostasy, or leaving the Muslim religion, but the earlier charge of evangelizing stuck.

Nadarkhani is a modern day equivalent of those in Christian tradition who insist on being a “light to the world,” and living up to Jesus’ saying that “blessed are you when men persecute you.” His plight began in 2006, when the married father of two attempted to register his church with the state. He was arrested, but soon released. Then again in 2009 he complained about Islamic indoctrination of his children at school and was again arrested.

Not only has Nadarkhani, 35, been arrested and spent years in prison, but so has his attorney, Mohammed Ali Dadkhah, who for advocating Nadarkhani’s case has been holed in Evin Prison, one of the cruelest institutions in Iran’s system. He is reportedly in bad health and receiving insufficient medical attention.


Nadarkhani spoke at the Christian Solidarity Movement (CSW) in November, thanking them for their prayers and support. Mervyn Thomas, CSW’s Chief Executive, has responded to his latest imprisonment, saying, “We are disappointed to hear Pastor Nadarkhani has been returned to prison in such an irregular manner. The timing is insensitive and especially sad for his wife and sons, who must have been looking forward to celebrating Christmas with him for the first time in three years. We hope that Pastor Nadarkhani will be released without delay once this alleged sentence has been fully served. We are also asking for prayers for the pastor’s safety, and for his family at this difficult time.”

Another leader of the same church, Pastor Behnam Irani, also remained imprisoned this Christmas, as he serves the remainder of his five year sentence for similar charges.