Got a tip?
Home » Home » Former Attorney for Miller Canfield Claims He Was Forced to Leave 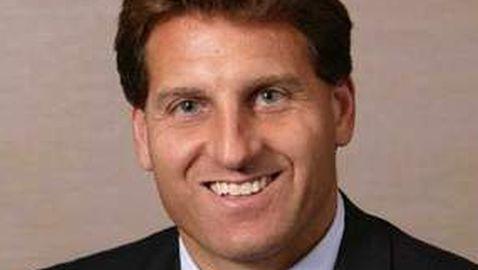 Dean Altobelli, a former principal attorney from the law firm of Miller Canfield, claims that he was forced to leave his position as partial owner at the older and largest law firm in the state of Michigan, according to The Detroit Free Press.

Altobelli claims that he was forced out because of abuse of power employed by managers at the firm who promote a “culture of fear and intimidation.” A judge from Ingham County ruled for Altobelli, who alleged shareholder oppression, interference with business relationships and civil theft in a lawsuit he filed against the CEO of the firm, Michael Hartmann.


The lawsuit is on emergency appeal in front of the Michigan Court of Appeals.

The claims made by Altobelli have been denied by Hartmann and other managing partners named in the suit at the firm. They claim that the ruling by Ingham Circuit Judge Paula Manderfield was wrong to rule for Altobelli since the facts have been disputed and the defendants have not filed an answer yet.

There are over 300 attorneys in offices in Michigan, four other states and overseas. The firm was founded in 1852.


Altobelli is a former football player for Michigan State University. He claims that the problems started when he asked the firm for a leave of absence so he could work with University of Alabama head coach Nick Saban, who coached him in college. Alabama is scheduled to take on Notre Dame in the national championship game on January 7. On the football team’s website, Altobelli is named as a football analyst for Saban.

The complaint was filed in June and it says that Altobelli became an equity owner in 2006. The attorney for Altobelli, James Fett, said that the damages are in the millions.


“This case is about … abuse of power by leaders of the largest law firm in Michigan,” Altobelli said in the complaint. “It is a classic case of squeezing out one of the most dedicated and productive owners of a law firm for self-interested reasons.”

Hartmann has denied that Altobelli was forced out of his position with the firm and that the issue should be handled in arbitration, which would be private. The remaining defendants in the case include principals Michael Coakley, Anna Maiuri, Joseph Fazio, Douglas Kilbourne, John Leslie and Jerome Watson.

“Altobelli recognized, of course, that he could not accept that offer to take a coaching staff position at Alabama and still remain a senior principal at the firm,” E. Thomas McCarthy Jr. said. McCarthy is the defendants’ attorney.

According to Altobelli, the job with Alabama football was “a temporary career enhancing opportunity … that could help the firm expand its legal practice.”

In May of 2010, Altboelli asked to take the leave of absence. He said he went ahead with the plan because it was received well by Hartmann. Altobelli said that towards the end of June, Hartmann changed his mind and asked Altobelli to “withdraw from the firm without any written assurance that he would be reinstated.”