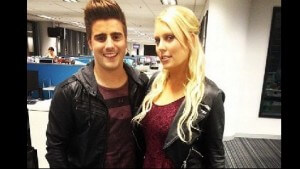 A phone prank by two Australian DJs went surprisingly well, leading to tragic results. They called the King Edward VII hospital on Wednesday pretending to be the Queen of England and Prince Charles, requesting to find out how Duchess Kate Middleton was doing. Surprisingly, Jacintha Saldanha transferred the call to her ward, despite their terrible accents, where a nurse nervously filled in the DJs details about her recovery. The DJs were gloating of their success, and repeating the clip on their radio station, but the backlash has since dampened them, especially after the nurse they pranked, Jacintha Saldanha, apparently commit suicide.

The hospital wrote a statement regarding their nurse’s death:

“It is with very deep sadness that we confirm the tragic death of a member of our nursing staff, Jacintha Saldanha.


“Jacintha has worked at the King Edward VII’s Hospital for more than four years. She was an excellent nurse and well-respected and popular with all her colleagues.

“We can confirm that Jacintha was the victim of a hoax call to the hospital. The hospital has been supporting her throughout this difficulty.”

It seems neither the royal couple nor the hospital had upbraided or disciplined the nurse for her mistake. Nevertheless, the mother of two seems to have commit suicide as a response to it.


Hours after the radio station aired the prank, they apologized saying “We were very surprised that our call was put through. We thought we’d be hung up on as soon as they heard our terrible accents. We’re very sorry if we’ve caused any issues and we’re glad to hear that Kate is doing well.”

The two have since deleted their twitter accounts and have been ordered not to speak to the media. Backlash, of course, is intense at this point. What they described as “the easiest prank ever made,” has had some hard results.