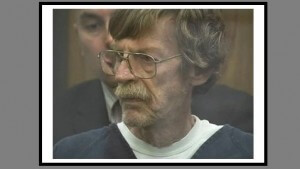 The couple was bizarre to begin with. But the neighbors were used to Frederick Hengl’s walking the neighborhood dressed as a woman, and his wife’s strangeness as well.

“The husband is actually known for dressing up like a woman and walking around the neighborhood. It’s just a permanent fixture, I guess. It doesn’t freak us out anymore,” said neighbor Jason Chandler. “[The wife] stands out here with a knife and she takes her cloth off out here on the corner.”

Another neighbor added, “She always carried around a knife. Just really weird; hostile.”


Further, cops had visited the couple before for calls of domestic violence. But they were unprepared for what they discovered when they came into their home 11:10 a.m. Friday. The neighbors had reported a foul odor from the residence, and upon further investigation, it turned out to be Anna Faris, the 73-year-old wife, dismembered and being cooked on the stove.

Further investigation found her head in the freezer and a wicked workbench in the bathroom worked as a butcher’s block, with a boning knife and other such paraphernalia.

68-year-old Hengl was found nearby — police think he slipped out when the came in — having a beer at a local bar.


“After a brief conversation, police realized he was in the process of dismembering his wife’s body.” She had died between Nov. 1 and 16.

On Wednesday he pleaded not guilt to three charges regarding the crime, and had his bail posted at $5 million.