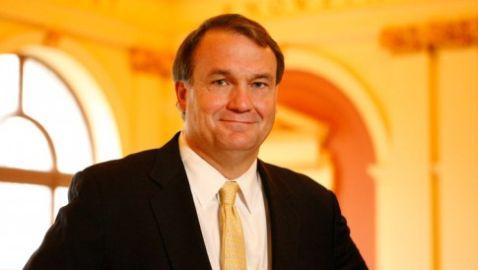 Michael Fitts, the dean for the University of Pennsylvania law school, considered Gregory Peck’s character of Atticus Finch in To Kill a Mockingbird a role model.

“He was my model,” Fitts says of Gregory Peck. “He could stand up in court and cross-examine witnesses and get to the heart of a problem. But you think about a lawyer today, and that lawyer is not necessarily in a small town. They are dealing with people across the globe, across cultural issues. They are dealing with clients who are experts in some other field. Many of these fields did not exist 50 years ago.”


Penn was scheduled to announce that it raised $180 million during its most recent capital campaign, a record for the school, which started in 2006. A large portion of that money has already been used to increase student aid, recruit faculty members and expand programs. The money was also used to send students with William Burke-White, a professor, to Uganda to aid in negotiations between rebels and the government.

Fitts became the dean in 2000 and since then, the faculty has increased by 40 percent and the amount of first-year students has remained pretty much the same since then. A first-year class sits at around 240 students. Fitts was raised in Philadelphia and considers himself a local.

“I am a local,” said Fitts. “I love this city. I love the diversity and the sense of community. It is big, but not overwhelming.”


Programs from discipline to discipline have been expanded under Fitts’ stint as the dean. The law school students take courses at Wharton and 50 percent of them take courses that are not related to law. Fitts said that what makes it so easy is the proximity of the law school to Wharton.

“Our ability to coordinate classes and teaching is unmatched,” Fitts said. “There is not another university that has so many schools in such close proximity.”