Got a tip?
Home » Home » Steven Ostillar: the First Target of Dewey Clawbacks 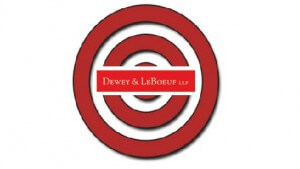 Steven Ostillar was the first ex-Dewey partner to face Citibank clawbacks, though a couple other partners have been contacted. These attempts by lenders to regain money from lawyers’ capital investment have long characterized part of the process of large firm bankruptcy. Just a week ago, the Dewey wind-down team proposed that ex-partners pay a yet-to-be-determined amount of money to gain immunity from such litigation, and a certain number of partners must sign up by the end of July for the program to work.

Dewey’s practice was to strongly encourage lateral moving partners, or partners who were promoted and gained a higher target compensation, to make a loan with Citi — to take such a loan even months before it was required. Target Compensation is an estimate of how much the partner will make with Dewey, a sum from which 36 percent is calculated to establish how much a partner will have to pay for his capital contribution upon being hired in or promoted.


Citi Private Bank is the leader in law firm lending, working with 650 firms and 38,000 lawyers. Barclays is another important lender, making capital investment loans for 3,200 partners.

Ostillar’s loan equates to a target compensation of $575,000, but a lot of partners are complaining that their actual compensation fell short of their target compensation. Dewey’s contract in particular had a clause that the contract would default if Ostillar ceased to be a partner, also stipulating that if the firm “dissolves, reorganizes, merges, consolidates, or otherwise ceases to exist in its present form,” it would default.

He joined Dewy in January of 2011 and stayed with the firm until mid-May. Donald Pearce, a lawyer for Citi, contacted him May 21 declaring the loan immediately payable on May 29 according to the default clause regarding his departure. Ostillar had taken the loan because Dewey was strongly encouraging its partners to do so immediately, though deadline for capital contributions were in December.


Whether more former partners like Ostillar will soon be targeted seems inevitable, and this may spur many former partners to sign up for immunity through the quick settlement pitched by Dewey’s wind-down team. Former partners will meet next week to discuss the details of that possibility.