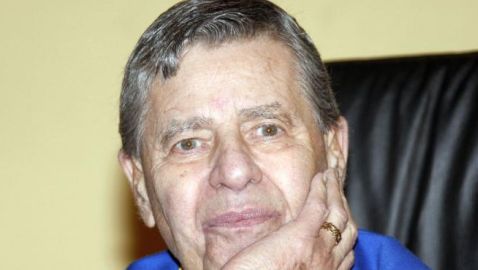 Jerry Lewis, the legendary comedian, was scheduled to present Tom Cruise a prestigious Friars Club award on Tuesday night but had to be rushed to the hospital just before going on stage. Lewis is 86 and he collapsed because of low blood sugar just moments prior to taking the stage in front of hundreds of guests at the Waldorf Astoria Tuesday night.

Lewis was going to be honored Tuesday night with the Applause Award and then present Tom Cruise with the Friars Club Entertainment Icon Award. Joseph Zappala, the chairman for the Friars Foundation Ambassador, told the crowd that Lewis fell ill prior to coming on stage and needed to be rushed to a hospital but was going to make a recovery.


When Cruise accepted his award he told the crowd, “I am sorry Jerry couldn’t be here tonight, but I know he is going to be fine.”

Alec Baldwin was the host of the event and the performers included Bill Hader, Cuba Gooding Jr, Bebel Gilberto, Corinne Bailey Rae, Robin Thicke and the cast of Broadway’s “Rock of Ages”. The award given to Cruise was previously given to only three others; Frank Sinatra, Cary Grant and Douglas Fairbanks.

A representative from the Friars Club released the following statement: “Jerry Lewis was so sorry to miss the Icon Award presentation to Tom Cruise last night, but is feeling much better today.”