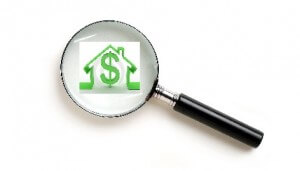 The Survey of Consumer Finances, a three-year study of America’s finances, has been released Monday, confirming what so many of us have felt and experienced: between 2007 and 2010 the family’s average net worth has slipped about 40 percent, mostly due to house depreciation.

The latest depression, resulting mostly from the housing bubble’s burst, has lead the unemployment to jump from 5 percent to 9.5 percent, while meanwhile people are on average earning 7 percent less than before.

But the biggest loss of the median net worth–a sum calculated by combining the value of homes, automobiles, and stocks, subtracting debt–was due to home depreciation. Houses depreciated by 42 percent between 2007 and 2010, to $55,000.


The report also noted that families have been taking out more education loans, and families are up from 7 to 11 percent with those who report they were at least 60 days late paying a bill.

“It’s hard to overstate how serious the collapse in the economy was,” said Mark Zandi, the chief economist for Moody’s Analytics. “We were in free fall.”

Said the fed: “Although declines in the values of financial assets or business were important factors for some families, the decreases in median net worth appear to have been driven most strongly by the broad collapse in house prices”–and the families specifically effected were the middle class.


Most drastically hit were the middle class in the West. Median net wealth “fell dramatically in families living in all regions of the country, but especially for those living in the west — a 55.3 percent decline,” the Feds reported. “This pattern reflects the effect of the collapse on housing values in several parts of the West region. Median wealth in every other region fell 28.2 percent or more.”

And, as we already know, the culprit was rhetoric, spread by politicians and media, that homes were the safest investment, and that homes in the West were sure to appreciate. This mindset, coupled with a reduction of lending standards in banks, opened us up for the housing bubble, which we will yet be recovering from for some time.