Got a tip?
Home » Breaking News » Fight Over Kool-Aid Leads to Shooting 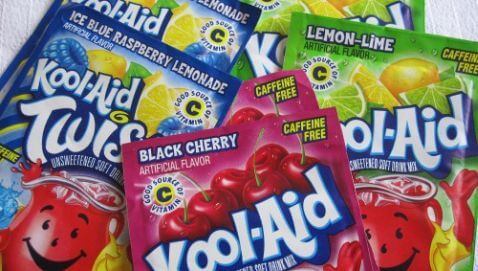 A gunfight erupted in Detroit, injuring two teenagers, during an argument that involved who makes the best Kool-Aid. The incident occurred on Tuesday night in the Brightmoor neighborhood of the city out front of an abandoned school.


“The initial argument, from my understanding, began over Kool-Aid,” a witness said.

The argument continued to escalate and reached a boiling point when two of the men involved in the argument began shooting at each other. The two men shooting at each other did not hit their target, instead shooting two innocent bystanders, both of whom are 17. The two victims were hit by stray bullets. One of the victims was shot in the rear and the other was shot in the wrist. Both of the victims were transported to area hospitals, treated, and then released.

The shooting suspects have not been found but Detroit police say that one man left the area driving a purple 2007 Impala. This is not the first time an argument over Kool-Aid turned violent. In fact, earlier in May, a Pahokee, Florida woman was arrested on domestic assault charges for fighting with her brother because he drank the Kool-Aid in the house. She threw a vase at her brother during the argument. Police officers were told by the woman that her brother is crazy and he was upset about the Kool-Aid. On the other hand, the brother told the police he was tired of the disrespect he would receive from his sister.