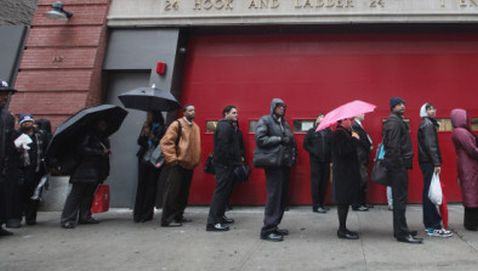 
“This report is encouraging, but it still underscores how far a distance we have to go and how many people are still long-term unemployed and disconnected from the workforce,” said Harvard economist Lawrence Katz. “Even if we were willing to say that the scars of the great recession mean a couple of million people drop out permanently, we still have many years to go before we get back to where we were.”

The early expectations for job growth came in at 155,000 new jobs and an unemployment rate hovering at 8.5 percent. With the new job numbers, the total amount of nonfarm payroll jobs sits at 132.4 million jobs, which is 5.6 million jobs lower than the 138 million at its peak in January of 2008. In laymanâ€™s terms, it will take many more months to get job numbers back to where they were four years ago.

Hamilton Place Strategies, a Washington, D.C. consulting firm, released a study on the economy and jobs. The data released estimates that there could be three million long-term unemployed people in the country who are not being included in the count by the Labor Department because those three million people have stopped looking for new work. If these people are pushed back to the workforce because of signs that the job market is improving, then the unemployment rate would increase. In January, the participation rate for the workforce fell to 63.7 percent compared to 64 percent in December. This is the lowest number since January of 1982, which suggests that employees are still leaving the job force in massive numbers.


The Bureau of Labor Statistics labels this group of people as those not in the labor force because they stopped looking for work over a month ago but still would like to have a job. This number has increased by 1.66 million since the start of the recession. The unemployment rate would hit 9.2 percent should those 1.66 million people re-enter the job force.

To compare the new numbers with old numbers, unemployment hit its peak in October of 2009 at 10 percent. A larger measure of unemployment, including workers only marginally attached to the job market fell to 15.1 percent, the lowest it has been since February of 2009.