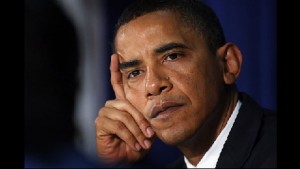 What is Obama willing to do to secure his re-election and gain that place of “flexibility” he promised he would have to Russian leaders? New questions are being asked now that Obama seems to be making some sketchy political toggles to delay the sting of his Health Care program from affecting seniors and their powerful vote.

Seniors have the strongest voting record of any age group, and they make a big difference in such vital states as Florida and Ohio. 12 million seniors use the Medicare Advantage program. Rather than letting Obamacare do what it does to the Medicare program, Obama is spending $8 billion to prop up the insurance program until next year, after the election. After all, open enrollment for health care begins Oct. 15, with the election just a few weeks off.

But where is the $8 billion coming from? From a loophole. The Health and Human Services is allowed funding that bypasses congressional vote in order to fund “demonstration projects.” The program, instated in 1967, is meant to be used for medical experimentation.


Therefore, propping up the Medicare program, while it remains exactly as it was, is nevertheless being called an “experiment,” for “increasing the efficiency and economy of health services.”

A Government Accounting Office report shows the non-experimental use of the money, and the GAO is recommending HHS cancel it.