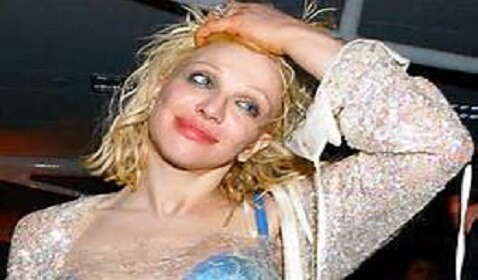 A defamation lawsuit is being heard in a Los Angeles courtroom on Wednesday over a statement Courtney Love made on Twitter.

The lawsuit brought by Rhonda Holmes and the San Diego-based law firm of Gordon & Holmes states that a direct statement on Twitter sent by Love said Holmes was “bought off.” That tweet was sent June 2010. The firm sued Love in May 2011.


According to the plaintiffs’ lawyer Barry Langberg, “It was a concerted effort by Ms. Love to destroy Ms. Holmes and her law firm.”

John Lawrence, Love’s attorney said his client thought she was tweeting to only two people and that she never referred to Holmes by name. While that is what may seem to some a terrible excuse, it is also quite possible that Courtney Love does not in fact know how to use technology or social network/media like Twitter. John Lawrence also said that Courtney thought Holmes had abandoned her. Ms. Love believed Ms Holmes was compromised in some fashion, he told the jury.

She was also Quoted in an online article saying that a female lawyer stopped taking her calls because “they got to her…she’s disappeared.”


Gordon & Holmes represented Love from December 2008 to May 2009 in her claims against attorneys, accountants and others whom she alleged stole money and property from her late husband Curt Cobain.

Langberg said, Love wanted everyone to know about her pending lawsuit against those who she says looted her late husband’s estate. She wanted publicity for this case. Love decided to remove Holmes from her case and purse it with a new lawyer, Keith Fink from Los Angeles. He also stated that Holmes “was devastated when she was terminated.” Holmes knows the tweet and is worried how much damage has been done to her reputation. Unfortunately, now more than ever reputations and reviews can make or break a business. So it is obvious that Holmes would be worried about Courtney Love’s irresponsible tweet; her name and her reputation are at stake and her livelihood is on the line.


Lawrence said, Love never intended to terminate her and that Love hired another lawyer for another matter. In court Wednesday Love said she did not fire Holmes, but added, “In my mind I let her go.”

According to Holmes, in a sworn declaration Love agreed to settle the case in March for $600,000 and issue a retraction. We extended the deadline so she could pay and she failed to comply, instead Love decided to go on the ‘Howard Stern Show’ and claim she already paid the $600,000 to settle the case.