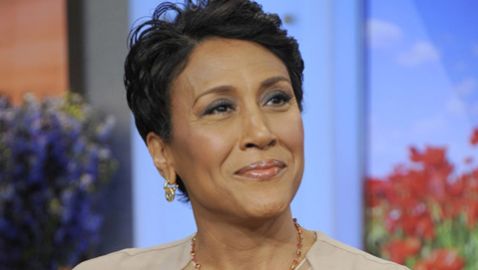 For the first time ever, ABC anchor Robin Roberts publicly acknowledged that she is gay. On Sunday night, Roberts posted a year-end message on her Facebook page. In it, she thanked her long-time girlfriend, Amber Laign for her support throughout the year, according to multiple media reports.

Roberts, who is an anchor on ABCs “Good Morning America,” posted the message saying that she reached the 100-day anniversary of her bone-marrow transplant.


“At this moment I am at peace and filled with joy and gratitude,” Roberts wrote. In the message, Roberts thanked her sister Sally-Ann, God, the medical staff that took care of her, the donor, and her girlfriend.

Roberts also wrote the following: “I am grateful for my entire family, my long time girlfriend, Amber, and friends as we prepare to celebrate a glorious new year together.”

Even though this is the first time Robin has spoken publicly about Amber, the two have been together for close to 10 years now. Laign is from San Francisco and works as a massage therapist. The two were introduced by mutual friends. Heather Riley, from ABC, confirmed to The Associated Press that the message was written and posted by Roberts.


As of this morning, thousands of visitors had left comments, both positive and negative, on Roberts’ page regarding her post.