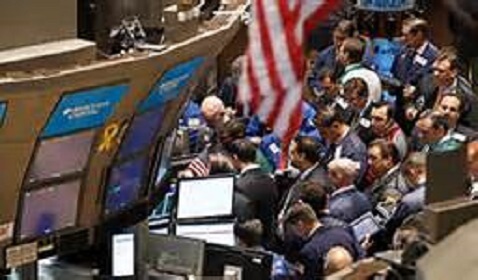 The Standard & Poor’s 500 Index (SPX) was at an all time high and a drop in jobless claims brought an optimism to the economy. 2.7 percent was gained by Tesla Inc., an electric car maker, on a report that they will be focusing on opening more showrooms in China, focused for next year. Twitter rose 4.8 percent and EBay Inc. went down 2 percent in sales.


“The stock market is energized by the stronger macro trends that we’re seeing,” Jim Russell, who helps oversee $112 billion as a senior equity strategist for U.S. Bank Wealth Management, said by phone. “The fundamentals are filling in for a market that has been primarily Fed- driven. We think that is a healthy and sustainable development that has some momentum into 2014.”

The Labor Department showed in Washington, that jobless claims went down by 42,000 to 338,000 the week ending December 21st. Towards the end of the year, it’s difficult to adjust the ups and downs of applications for jobless benefits, a Labor Department official said. The S&P 500 is up 172 percent in 2009.

“We are still seeing a bit of window dressing,” Stephane Eklol, a strategist at Market Securities in London, said by phone. “The U.S. is doing better, the recovery is there. We’ve been playing the tapering news for some time, but the market has come to terms with the fact that it is a minor withdrawal of stimulus, and that in any case it means the economy is doing better. It is a good sign.”


U.S. equities gained because Japan’s Topix (TPX) closed at it highest on speculation that the central bank will go ahead with stimulus. Volatility Index, the Chicago Board Options Exchange fell 1.2 percent to 12.33. Many groups in the S&P 500 advanced in shares at least 0.7 percent.