Got a tip?
Home » Legal News » Taboo Goes to Federal Court against the City of Columbia 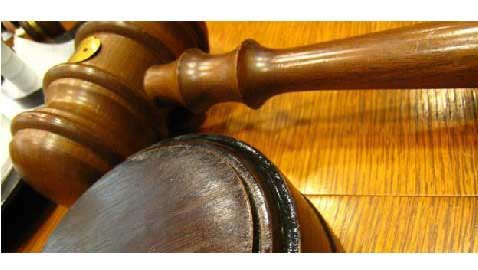 The adult toy store, Taboo has ultimately filed a lawsuit against the City of Columbia being exasperated with the way the authorities have been changing regulations and zoning ordinances to push the only adult toy store in the city out of business. Judging by the facts enumerated in the lawsuit, it seems the city authorities and some neighbors couldn’t keep their minds off the existence of an adult toy store, and being unable to do so, are consistently moving to erase it from the city’s landscape.

And the worst part of the story is the shop never did anything illegal, but the city authorities keep changing laws so that its activities become illegal pursuant to new laws. That does stink of abuse of authority, and deep unhappiness about the fact that some people might be happy with their own lives.


On its surface, the civil suit filed last week claims the city of Columbia is violating the business owner’s civil rights including his right to free speech. The lawsuit asks the city should issue Taboo its 2014 business license, and award an unspecified amount in financial damages and attorney fees. The lawsuit also requests a temporary injunction so that the shop does not have to close on December 31 following the city’s machinations.

White, the owner of the store submitted in the lawsuit that he had spent years to find a location in Columbia where he could receive zoning clearance to set up an adult toys store. After he found such a location, he committed to a 10-year lease. Then he spent huge amount of money to stock and operate a business that has four employees.

White’s affidavit shows that the city employees were shocked to find that White had managed to find a location that met the zoning and licensing requirements. They tried to come up with as many ruses as possible to delay the opening of the store, which ultimately launched in 2011. Being otherwise unsuccessful from allowing Columbia residents to have an adult toys store, the City Council passed a new zoning ordinance within one month of the launch of Taboo, and the new regulation meant Taboo’s location was no more in compliance with the zoning requirements. The city further changed its sexually oriented business license ordinance to make things harder.


Having completed all steps to ensure the demise of the adult toys store, the city magnanimously gave the shop a two-year grace period and the opportunity to receive additional extensions if White could prove the legal changes caused a financial hardship. This was obviously illogical, because as long as the store stood there, it had its custom, irrespective of the laws. And if it could not prove financial hardship, it was not going to get an extension.

When White asked for an extension, the city denied this year and, in effect made certain that the store closes on December 31. White has submitted, the “amended ordinance is so restrictive that no adult business can exist at any place in the City of Columbia. The City counts on the plaintiff going out of business and then becoming incapable of challenging the city’s acts.”