Got a tip?
Home » Home » Lindsay Lohan to have Probation Revoked for Lying to Cops 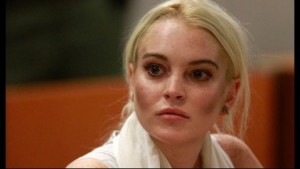 Lindsay Lohan is perhaps the most troubled starlet currently in the news. The 26-year-old actress, whose Lifetime movie “Liz & Dick,” premieres this Sunday, can’t meanwhile, shake the law. The latest: she is being charged for lying to a police officer. When her Porsche hit an 18-wheeler on the Pacific Coast Highway last June, she claimed her assistant was the one behind the wheel. Witness testimony and further investigation put the lie to this, and as TMZ reported, she is soon to be charged and also have her probation revoked.

Lohan’s last few years are checkered with alcohol abuse and driving mistakes; in July 2011 she was found guilty of stealing a necklace and was sentenced to 120 days in prison and 480 hours of community service.

This latest mistake will cost her her probation, which means she could be doing a lot of jail time. Judge Stephanie Sautner, who handled her jewelry case litigation, will not be hearing her probation violation case, which goes to whatever judge is next in the rotation.


Her friends reportedly say she is “terrified” about her probation being revoked, and she insists she is trying to get her life back on track. With the consistency of her crimes and faults, it almost seems like a hard shock would be the necessary wake up call, if not a divine visitation.