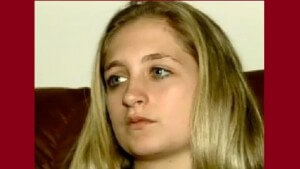 A Pennsylvanian teen slept from Thanksgiving to January, and it wasn’t the tryptophan. Nicole Delien, 17, suffers from an extremely rare sleeping disorder known as Kleine-Levine, or “Sleeping Beauty” syndrome, which is not at all a fairytale, but more like an incredible hindrance on Delien’s life.

During her periods of sleep, she is out for 18 to 19 hours a day, waking to eat and use the bathroom, but remembering none of these moments. 64 days is the longest stretch she’s ever had.

She first became symptomatic at six years old, but was not diagnosed till much later. Because the disease is so rare — only about 1,000 people are so diagnosed worldwide — she was misdiagnosed and even doubted to be really sick till the medical world caught up and was able to place a proper diagnosis.


Kleine-Levin Syndrome usually affects young males; apparently the part of the brain that regulates sleep, sex, and appetite malfunctions with such people, and that explains why the hypersomulance is often partnered with excessive appetitive and hypersexuality, when awake.

What this means for Nicole is that she has missed out on Thanksgiving and Christmas, that she wakes up disoriented not knowing how long she has been out.

Dr. Michael Rancurello, a psychiatrist at Allegheny General Hospital in Pittsburgh, Pennsylvania was able to make the correct diagnoses. “It’s really not sleeping,” he explained on the Today Show. It was, he explained, “delirium.”


“I think it’s a manifestation of some brain malfunction,” he further explained. Medically, however, the cause is as yet unknown. Nicole is being treated with a combination of epilepsy and narcolepsy medication, and that brings her episodes down to about two a year.

Nevertheless, she still lives in fear that when she next falls asleep, she will not wake up for a very long time.