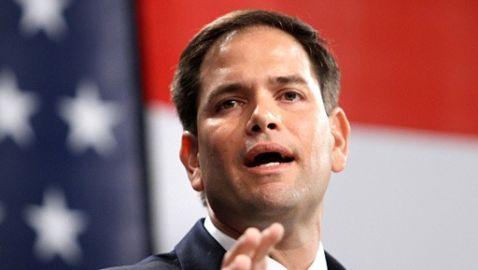 In an interview with GQ, Senator Marco Rubio, a Republican from Florida, said that he is not qualified to answer questions about the age of our planet.

“I’m not a scientist, man. I can tell you what recorded history says, I can tell you what the Bible says, but I think that’s a dispute amongst theologians and I think it has nothing to do with the gross domestic product or economic growth of the United States,” Rubio said in the GQ interview. “I don’t think I’m qualified to answer a question like that. At the end of the day, I think there are multiple theories out there on how the universe was created and I think this is a country where people should have the opportunity to teach them all.”


According to scientists, the Earth is roughly 4.54 billion years old but Rubio continued to say that he would not make comments about the age of the planet.

“Whether the Earth was created in 7 days, or 7 actual eras, I’m not sure we’ll ever be able to answer that,” he said. “It’s one of the great mysteries.”

The Republican Party has struggled with this topic, especially when taking into account their supporters who believe the biblical account that the age of the Earth is thousands of years instead of billions of years. Republican Texas Governor Rick Perry tried to avoid answering the question last year. Perry said that he does not “have any idea” about how old the Earth is.


“I know it’s pretty old,” Perry said. “So it goes back a long, long way. I’m not sure anybody actually knows completely and absolutely how old the earth is.”

Republican Representative Paul Brown of Georgia said earlier in 2012 that he believes the Earth is just 9,000 years old, making things very interesting for the rest of the Republican Party.