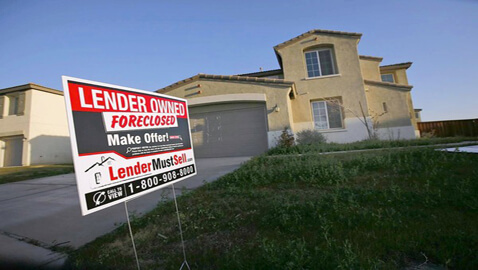 The Castle Law Group and Aronowitz & Mecklenburg are being sued by attorney general investigators in the state of Colorado, according to The Denver Post.


The civil lawsuits were filed on Tuesday as the lawyers were accused of operating a multi-million-dollar scheme that defrauded homeowners, investors, banks and taxpayers.

In an immediate response to the lawsuit, principals from Aronowitz said it would pay $10 million to settle the case and either close its law firm in the next six months or sell it. The firm is headquartered in Denver.

Castle, led by Larry Castle, is expected to fight the lawsuits.


Some of the allegations from the lawsuits include collusion between law firms to set prices on process services fees related to foreclosures and even creating fees homeowners were charged when trying to save their homes from being seized by the banks.

The lawsuits described a strongly created scheme that exploited almost every aspect of the foreclosure process. This includes title commitments, title searches, costs to file a foreclosure and filing of legal notices.


When you combine the numbers, the two law firms took care of 150,000 foreclosures in the state since 2006. They overcharged on each case by almost $650. In less than 10 years, the illegal profits could have reached $97 million.

Colorado Attorney General John Suthers said, “These inflated costs were passed on to homeowners trying to save their homes from foreclosure, successful bidders for properties at foreclosure sales, and to investors (banks) and taxpayers. The facts uncovered by our investigation are very disturbing and, frankly, reflect poorly on the legal profession.”

Other companies named in the Castle lawsuit are RE Records Research and Colorado American Title.

Attorney Richard Benenson, representing Aronowitz, said that by settling, the lawyers at the firm did not make an admission of guilt.

“They don’t believe they engaged in any violations, there are no admissions, and it would have been one heck of a fight. But it was not in their best interest to let that happen. It was better to address the issues and move forward.”

The firm is permitted to continue its work on foreclosure issues, but cannot own a law firm or business that works in the foreclosure industry.

The firm is going to pay $8 million one month after the settlement is approved by a judge. It will then pay $1 million per year for two years.

The lawsuits filed against the two law firms claim that the Colorado Anti-Trust Act, Consumer Protection Act and Fair Debt Collection Practices Act were all violated.