Got a tip?
Home » Legal Technology News » Report Warns That Climate Change Has Arrived and Will Worsen 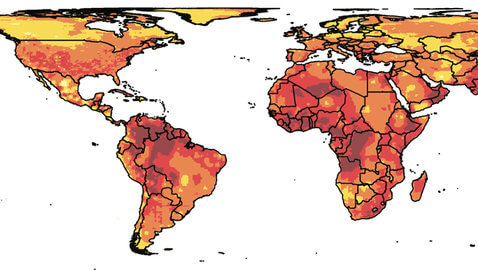 A government report released on Tuesday says that climate change is a real and present danger in the country. It is the latest update from the U.S. Global Change Research Program, according to The Huffington Post.

“Climate change, once considered an issue for a distant future, has moved firmly into the present,” the report states in the introduction. The report discusses regions of the country based on current and anticipated impacts. These impacts have implications on human health, infrastructure, access to water and agriculture.


The severity of heavier downpours and heat waves are included in the impacts as well as sea level rise that causes increased flooding for high tides and storms. Conditions out West are becoming drier and hotter with snowpack melting earlier each year. This causes a longer wildfire season.

Since people started keeping records in 1895, temperatures in the country have increased by 1.3 to 1.9 degrees Fahrenheit. In all regions of the country, the decade of 2001 to 2012 was the warmest of any previous decade.

The leading cause of weather deaths in the country is heat waves, and the report expects this to worsen. Extreme heat has the ability to cause issues with kidneys, lungs and the heart in the sick, poor and elderly.


Radley Horton is a scientist at Columbia University Earth Institute’s Center for Climate Systems Research. Horton said the report “delves into much more detail about opportunities to address climate change.”

“The climate hazards are looking as severe as ever, but I think there is a message contained in the report that our ability to respond is about getting going,” Horton said. “The question is, are we able to meet the challenges, given the growing understanding of how much the climate could change this century?”


The report said that the amount of climate change in the future “will still largely be determined by choices society makes about emissions.”