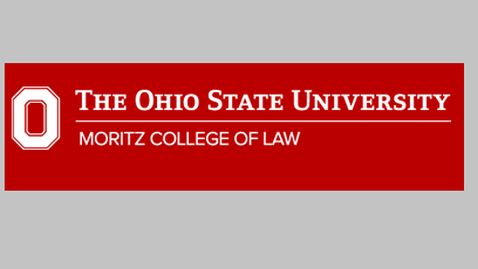 The law school has instituted a program that runs the length of a week that will educate attendees on the issue.


The program begins today as the law school at Ohio State hosts a series of events that will hopefully bring awareness to the subject. The public is invited to attend and all of the events are free. Some of the events will require attendees to have tickets due to limited space. There will be seminars and the showing of a film.

In 2013, the law school created the Greif Fellowship in Juvenile Human Trafficking. The fellowship’s goal is to provide legal representation to child victims of the crime in Ohio.

The first person to be awarded the fellowship was Nikki Baszynski. Nikki noted that it is very difficult to convince victims that they need to be helped.


“What’s difficult is that clients often don’t identify as victims. And so finding clients has been it’s own challenge,” Baszynski said.


“The state has the unfortunate distinction of being a leader in the number of victims affected by this lucrative, black-market business…Juvenile victims can face serious legal issues once they become involved with a trafficker, ranging from the equivalent of adult criminal charges to running afoul of child protective services for placing their own children in risky situations and environments.”

Baszynski works at the state and federal level when taking cases in Ohio.

“Delinquency actions where I’ve actually had clients who were charged with solicitation even though they hadn’t turned 18 yet. They weren’t willingly selling themselves,” Baszynski said.

The Assistant Clinical Professor of Law at Moritz and the Director of the Justice for Children Project, Kimberly Jordan, said, “Juveniles often feel that their voice is not being heard in the legal system. And so we really want to seek to build that relationship with them and see they can get the assistance and help that they need.”