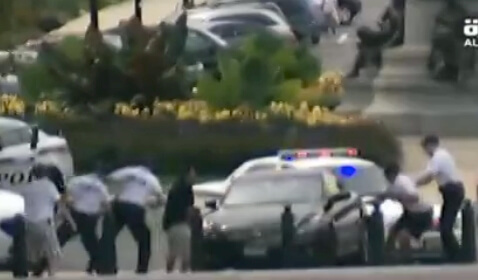 Thursday an incredible car chase happened at the U.S. capital, where a Connecticut woman tried to drive over barriers and barricades upto the White House. When blocked, she hit several police and led authorities at an 80mph car chase as she bolted through Capitol Hill. Tragically, the woman with mental health issues that was driving the vehicle also had a 1 year old baby in the car; she struck a secret service agent, and sped away.

Miriam Carey attempted to ‚Äúram security barricades at the very outer perimeter of the White House,‚Äù according to the Chicago Tribune. Two officers were injured in the flight to catch up with the black infinity that was racing over barricades in the capitol. One officer was injured by her vehicle crashing into him; another officer‚Äôs car hit a barricade during the chase.


Officers opened fire at the sedan with Connecticut license plates. Once the driver‚Äôs car was stuck on a median, police shot into the vehicle. Miriam Carey, a 34 year old mother, holder of a Bachelor‚Äôs degree and owner of a small business was suffering from post-partum depression. Her mother commented that she was ‚Äúdepressed, and she got sick, and she was hospitalized.‚Äù Idella Carey, Miriam‚Äôs mother also noted that recently Miriam was acting erratic. The father of Miriam‚Äôs baby had contacted police last year, as he believed Miriam was mentally unstable, and that she had ‚Äúbecame delusional, and might endanger their baby.‚Äù Authorities noted that psychiatric medicines were found in Miriam‚Äôs home. Miriam‚Äôs neighbors and coworkers have nothing but pleasantries to say about her, although one building resident noted that her behavior of late was weird, and nonsensical. 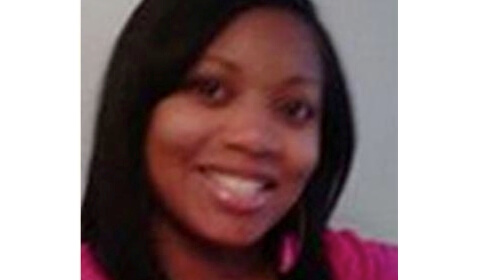 The details of the event are as follows. Witnesses on the scene note that at 2:20 pm a woman in a black Infiniti sedan rammed a security fence at the White House, on the corner of Pennsylvania Ave W and 15th st. From then, she sped off heading southeast on Pennsylvania avenue going towards the capital at 80mph. At the Garfield monument‚Äôs east side, the sedan rammed a secret service cruiser where shots were then fired by five officers who drew their weapons in an attempt to stop the vehicle. 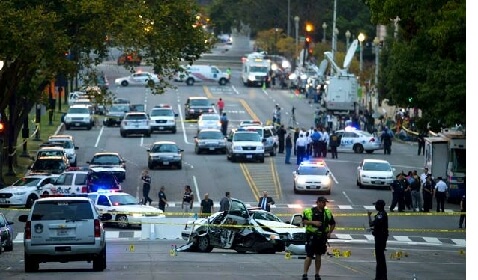 After driving the wrong way around Garfield Circle past the Reflecting Pool, Miriam Carey looped once around Peace Circle, and drove on to strike a police cruiser at Constitution ave. and second st. north east. Once her vehicle crashed and was stuck on the median the fatal shots were finally fired into the vehicle. 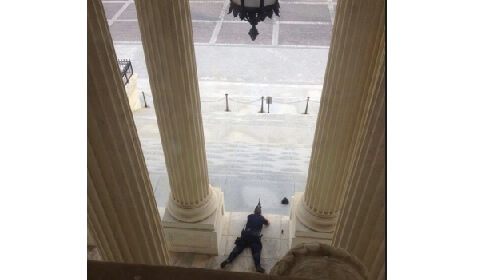 Her family and friends mourn her tragic loss, but they also are in shock as to how this could have happened to the woman they know as a stable mature mother and busiensswoman. Miriam Carey is gone, but her baby is in custody and is unharmed. A reverend known to the family consoles them in their time of loss.