Got a tip?
Home » Home » Law Firms and Other Businesses Slowly Return to Manhattan Following Sandy 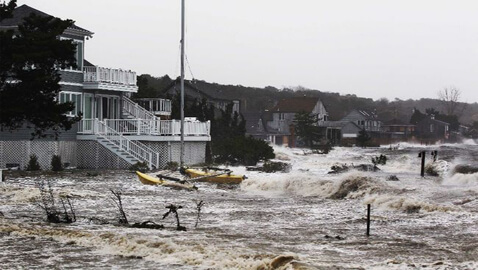 Just three months following Hurricane Sandy, law firms that were displaced by the storm have begun to move back into their Manhattan offices. The firm of Fragomen, Del Rey, Bernsen & Loewy, still does not know when it can move back into its location at 7 Hanover Square.

A partner and executive committee member of the firm, Michael Patrick, said that the firm is waiting for the main tenant, Guardian Life Insurance Co., to return.


“Guardian continues to believe that the building is not sufficiently functional and thus usable and we are continuing to follow their lead,” said Patrick. Patrick noted that the main concerns left are electrical, according to The New York Law Journal.

New York Legal Assistance Group has moved back into the building. “We have Verizon phone service, we have our Internet providers. We have electricity,” said NYLAG president Yisroel Schulman. “Except for the fact that the building is a little empty, it’s basically the same.”

NYLAG needed to rebuild its whole server in order to resume operations, costing the company $75,000 on moving equipment and IT services.


On January 18, Patrick said that electricity is still a problem at 7 Hanover Square. A power outage occurred that would have caused major problems for the firm if it was there. The owner of the building was not letting anyone in that weekend.

“I think Guardian’s point of view is that the systems are not 100 percent,” Patrick said. “You can’t run a business if you’re not confident you’re going to have consistency and dependability on the systems you run.”


The weeks leading up to the month of April are very important for Fragomen, which files applications for H-1B professional visas.

“We file thousands of applications,” Patrick said. “It is going to be very, very difficult for us to manage a move during that period.”

Patrick said that the claims for business interruption will total more than $500,000, but that is not a final amount.

“We are far from clarity on that, too, regarding our insurance carrier and its willingness to consider” the claim, he added. “We’ve told them we believe it’s covered by the policy.”

Shapiro Beilly Aronowitz, located at 225 Broadway, filed a lawsuit against National Fire Insurance Company of Hartford in January. The lawsuit claims that the firm lost business income and extra expenses amounting to $73,000. The lawsuit said that no part of their coverage has been paid yet. The firm said that the policy has flood exclusion, but notes that the policy language says “if waterâ€¦results in fire, explosion or sprinkler leakage, we will pay for the loss of damage.”