Got a tip?
Home » Breaking News » Teen from India Who was Raped Commits Suicide 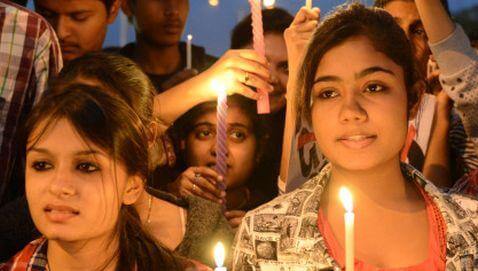 On Thursday, police and a relative said that a 17-year-old girl from India who was gang-raped has committed suicide. The girl was pressured by police to drop the case against her attackers and instead marry one of them.

One of the officers working on the case has been fired and another officer has been suspended for their conduct related to the assault during the festival of Diwali on November 13 in Patiala in Punjab. The girl was discovered dead after she swallowed poison on Wednesday night.


Paramjit Singh Gill, the Inspector General, said that the teenager was “running from pillar to post to get her case registered” but police officers failed to create a formal inquiry. “One of the officers tried to convince her to withdraw the case,” Gill, the police chief for the area, said.

According to the sister of the victim, the girl was urged to either marry one of her attackers or accept a cash settlement in the case.


“The police started pressuring her to either reach a financial settlement with her attackers or marry one of them,” her sister told the NDTV network.

The Press Trust of India reported that a police officer has been placed on suspension for failing to register a complaint of rape in Chhattisgar. A manhunt has been started for the girl’s attacker, who is believed to be an auto rickshaw driver.