Got a tip?
Home » Breaking News » Man Who Attacked U.S. Embassy Sentenced to 18 Years in Prison by Bosnian Court 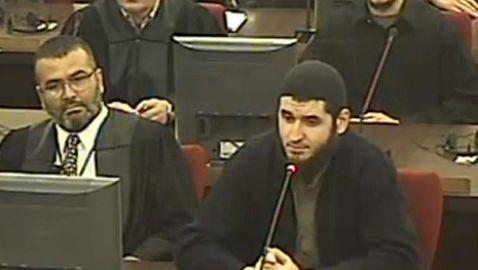 The shooting at the embassy in Sarajevo occurred on October 28, 2011 and was carried out by Mevlid Jasarevic. The attack lasted 50 minutes with an automatic rifle. A local police officer was injured before Jasarevic was shot in the leg and arrested. Jasarevic made a video prior to the shooting that said he wanted to force NATO to remove itself from Afghanistan and for Bosnia to end its harassment of his Islamic sect.


Emrah Fojnica and Munib Ahmetspahic, alleged accomplices in the attack, were acquitted because the court said that the prosecution was unable to prove that they operated as a terrorist group. The prosecution said that it will appeal the acquittal.

Neither one of the defendants were in the court for the verdict and the sentencing, which they said earlier would happen, because they do not recognize the court. Jasarevic has been in police custody since the attack occurred last year. Judge Branko Peric explained the verdict, saying the following:

“Never before has Bosnia-Herzegovina faced people who do not recognize its authority. It doesn’t mean that such communities are terrorist camps but they do have such potential. If there was no Gornja Maoca out of full state control, there probably would have not been Mevlid Jasarevic.”


Jasarevic had to be taken out of the courtroom multiple times during the trial because of comments he was making. As closing statements occurred he said that the judge can punish him but will not be able to prevent future attacks.


“The only way for the judicial authorities to respond to his message was to embrace a harsher penalty policy,” Peric said.

The lawyer for Jasarevic, Senad Dupovac, said, “obviously the sentence was supposed to represent some kind of a general prevention, but it came at the expense of my client.”