Things keep getting incredibly bizarre for actor John Travolta and this time he decided to include his old friend Olivia Newton-John. A music video made its debut on the internet today featuring Travolta and Newton-John singing and dancing to the song “I Think You Might Like It.”

The video features and old-time car and a plane, in which both stars are seen singing at one point or another. After admittedly watching this video, which I now regret, I can say that it is one of the worst pieces of entertainment, if you want to call it that, I have ever encountered.


What really makes this video funny is the fact that it features a private jet, which surely costs a couple million dollars, and a mint-condition classic car, which should also cost a pretty penny, but the video appears to have been made with an incredibly low budget.

I apologize to all of you but I had to embed the video in this post so you could subject yourselves to it much like I did. Please, give it a couple minutes of your time and then let us know in the comments section what your thoughts are about the video and those who starred in it. 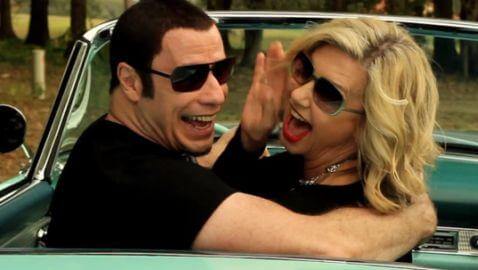