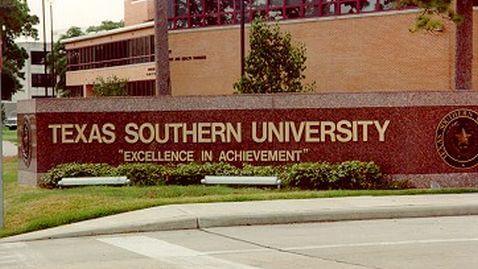 According to The National Law Journal, a lawsuit against Texas Southern University Thurgood Marshall School of Law was dismissed by a federal judge on November 16. The lawsuit was also filed against a professor from the school and was filed by two former students who failed out of the school.

The lawsuit was filed in February by Jonathan Chan and Karla Ford, who allege that the professor of their Contracts II professor gave them unfairly low grades, which caused them to be expelled from school.


The judge presiding over the case was Judge Lee Rosenthal from the U.S. District Court for the Southern District of Texas. Rosenthal said that she was not convinced that the professor or the school acted in any way out of the ordinary when grading the students or dismissing them from the law school.

“Curved grading is a commonly accepted academic norm and does not demonstrate a lack of professional judgment,” Rosenthal wrote in her opinion. “Even without comparison to other students’ exams, Chan and Ford cannot raise a factual dispute material to determining whether their constitutional rights were violated. The record shows that, as a matter of law, [former visiting professor and defendant Shelley Smith’s] grading did not depart from accepted academic norms so as to violate the plaintiffs’ substantive due-process rights.”

The lawsuit filed against the school claimed that Smith attempted to “curve them out of the class.” Ford is now a partner at the Chicago law firm of Brown, Udell, Pomerantz & Delrahim. According to the lawsuit, Smith also refused to explain to the students how she arrived at their respective grades. Both students were issued a D minus in Smith’s class. The students were dismissed from the law school in September of 2011 for not maintaining a grade-point average of 2.0.


“There is some irony in two law students getting a D- in Contracts II class, then turning around and suing their law school for, among other things, breach of contract,” the motion to dismiss from the law school said.

Chan and Ford answered just one of eight questions on the Contracts II final exam, which accounted for 50 percent of the final grade in the class. The students appeared in a hearing in front of the school’s academic committee to dispute their grades, but the committee ruled that they should keep their grades. The students said that Smith did not provide enough information to appeal their grades properly.


“Chan and Ford do not dispute that, even before their final Contracts II grades, their academic performance was marginal,” Rosenthal wrote. “Their attempt to avoid the consequences by asking for a change of their Contracts II grades was denied because there was “insufficient evidence” to support the request.”