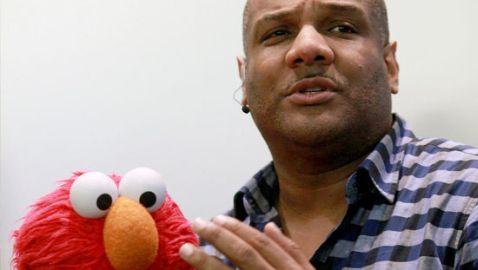 Accusations have surfaced against the voice of Elmo from Sesame Street, Kevin Clash, which he vehemently denies, according to TMZ. The claims against Clash are that he was involved in a sexual relationship with a 16-year-old boy. Lawyers from Sesame Workshop met with a 23-year-old man who claims he was involved with Clash when he was 16 and Clash was 45.

Clash told TMZ that he did engage in a relationship with the accuser but after he was of legal age. Top executives from Sesame Workshop told TMZ the following, “In June of this year, Sesame Workshop received a communication from a young man who alleged that he had a relationship with Kevin Clash beginning when he was 16-years-old. This was a personal relationship, unrelated to the workplace. We took the allegation very seriously and took immediate action.”


The accuser met with officials from Sesame Workshop twice and had multiple discussions with them as well. According to TMZ sources, the accuser felt like he was being muzzled by the Sesame Workshop lawyers after an initial meeting. This led the accuser to hire Andreozzi and Associates, a firm that represented a victim in the Jerry Sandusky trial.

In a letter from Andreozzi on August 15, 2012, the firm accused Sesame Street of attempting to “discredit the victim in order to protect its employee and the image of one of its most valuable characters. This approach places a greater value on a puppet than the well being of a young man.”

Officials from Sesame Workshop told TMZ that an investigation into the allegations occurred but that the claims were unsubstantiated. The company also said that they asked the accuser for evidence of underage sex but he never provided it to the company. An email was acquired by TMZ that was reportedly sent to the accuser by Clash, who admits that they had an affair while the accuser was 16. Officials said that the accuser did not talk about the email and they think that it is fraudulent.


Other emails were found between the two parties, none of them mentioned underage sex, and officials from Sesame Workshop said that they disciplined Clash for using company email inappropriately.

“Kevin insists that these allegations are false and defamatory and he has taken actions to protect his reputation. We have granted him a leave of absence to do so.”


Clash has taken a leave of absence from the show but it is not known why since he continues to deny the allegations made against him. Clash told TMZ, “I had a relationship with [the accuser]. It was between two consenting adults and I am deeply saddened that he is trying to make it into something it was not.”

Sesame Workshop told TMZ, “Elmo is bigger than any one person and will continue to be an integral part of Sesame Street to engage, educate and inspire children around the world.”