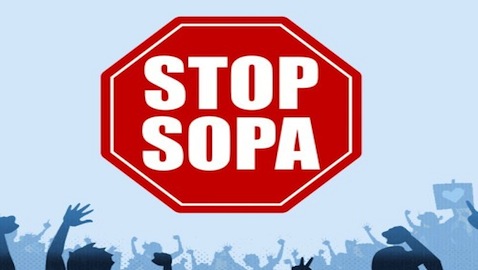 In an effort to fend off illegal activities on the Internet, Congress created two anti-piracy bills. However, many across the web expressed great concern over flaws in the plan. A growing amount of criticism arose, saying that the bills would destroy many aspects of the Internet as we know it. Opponents of the bill created enough uproar that both House and Senate versions of the bill have been recalled until Congress can devise a better solution.

Senator Harry Reid of Nevada assured that the bill, which was scheduled to go to a prelim Senate vote on January 24, will not receive consideration until all issues have been resolved and it is no longer a threat to the online world.


Reid said, “There is no reason that the legitimate issues raised by many about this bill cannot be resolved. Counterfeiting and piracy cost the American economy billions of dollars and thousands of jobs each year, with the movie industry alone supporting over 2.2 million jobs. We must take action to stop these illegal practices.”

Representative Lamar Smith of Texas spoke out regarding the version of the bill provided by his chamber, saying that the House Judiciary Committee would “postpone consideration of the legislation until there is wider agreement on a solution. I have heard from the critics and I take seriously their concerns regarding proposed legislation to address the problem of online piracy. It is clear that we need to revisit the approach on how best to address the problem of foreign thieves that steal and sell American inventions and products.”

In opposition of the bills, many major online websites took a bold stand against it. One of the most prominent stands were made Wikipedia, a popular online encyclopedia. It led the way in a blackout of the site, which directed users to a Wikipedia page regarding its opposition to the bill and a way that viewers could contact local representatives to express opposition as well.


Google Inc. also participated in its own version of a blackout. It created a censored version of its logo, which linked to a petition that asked Congress to not support the bill.

These are two of the bigger companies that made bold stands against PIPA and SOPA. However, other protests sprung up throughout the Internet. Everything from anti-SOPA & PIPA profile pictures, to entirely blackout websites like the ones mentioned above.


Senator Patrick Leahy, a strong supporter of the bill, was upset by the knee-jerk reaction from the government to take the bill out of consideration. He says, “Somewhere in China today, in Russia today, and in many other countries that do not respect American intellectual property, criminals who do nothing but peddle in counterfeit products and stolen American content are smugly watching how the United States Senate decided it was not even worth debating how to stop the overseas criminals from draining our economy. The United State Senate has identified a problem directly affecting American jobs, American workers and American consumers. When I first came to Congress, it was the practice of the Senate to debate competing ideas to address such a problem; regrettable, that is not the practice today.”