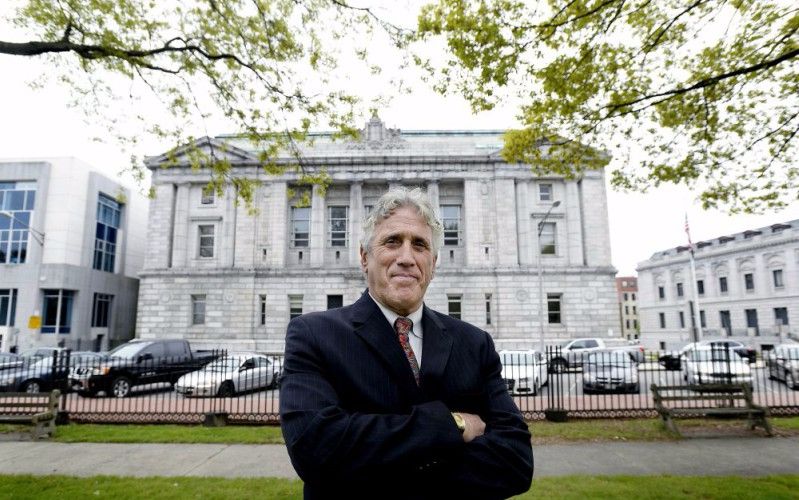 Summary: Although Gary M. Prolman fought to be able to practice law again last year, a Maine Supreme Court Judicial Court ruled he was not allowed to practice law for six months.

The Maine Supreme Judicial Court has suspended a Saco attorney again. Gary M. Prolman served nine months in federal prison for money laundering a few years ago. The Court suspended him for his misconduct before he successfully petitioned for his right to practice law again last year. The Court has once again suspended him for engaging in sexual acts with a vulnerable client.


Associate Justice Donald G. Alexander ruled on behalf of the court. He said in the ruling that Prolman had a female client, who was on probation for drug trafficking, staying at his home in late March and early April. ŌĆ£Prolman had engaged in sexual acts with her and taken improper advantage of the clientŌĆÖs vulnerability in his professional relationship with the client.ŌĆØ

The Board of Overseers of the Bar filed a petition in May seeking an immediate suspension of Prolman from practicing law. The Board based its petition on the womanŌĆÖs affidavit and other supporting documents. He denies the allegations.

His attorney, James Bowie of Portland, said, ŌĆ£Obviously, we are disappointed in the decision, although we respect the process and Justice AlexanderŌĆÖs attention to this matter. Mr. Prolman maintains that he acted in his clientŌĆÖs interest, including providing her a place to stay when she was in crisis and without other alternatives. Further, Mr. Prolman maintains that he at no time acted inappropriately with regard to his client.ŌĆØ


The supporting documents state that the woman had been living with her boyfriend in March until he ŌĆ£savagely assaulted herŌĆØ at their shared apartment. Some of the injuries she sustained by her abusive boyfriend were broken bones on her face and marks around her throat from when he tried to strangle her.

Apparently, the woman needed to find a place to live where she would be safe so she contacted Prolman. He offered to let her stay in the apartment above his law office. He happened to live there as well but did not tell her support team that detail. Prolman helped the woman find a job as a waitress until she was able to move out on her own. Their relationship ended after she moved out.


Prolman had been the womanŌĆÖs attorney in 2016 when she had an issue with her probation and needed to testify in an out-of-state case.

Alexander ruled that Prolman and the woman had sex ŌĆ£on more than one occasion between March 29 and April 9. By initiating a sexual relationship with his client and by providing her alcoholic beverages to consume, Prolman violated duties owed to his client and the legal system. ProlmanŌĆÖs actions in his treatment of his client and in his failure to disclose to her support team that she would be living with him was negligent and reckless, though probably not so well thought out or planned in advance sufficiently to be considered intentional.ŌĆØ

The ruling can be appealed to a seven-member court.

Prolman was indicted in 2012 on federal money laundering charges. He pleaded guilty and served nine months in a federal penitentiary in Pennsylvania in 2015. He was known as a powerful defense attorney and then sports agent for professional hockey players.

Do you think a second suspension was appropriate? Tell us your thoughts in the comments below.

To learn more about suspended lawyers, read these articles: