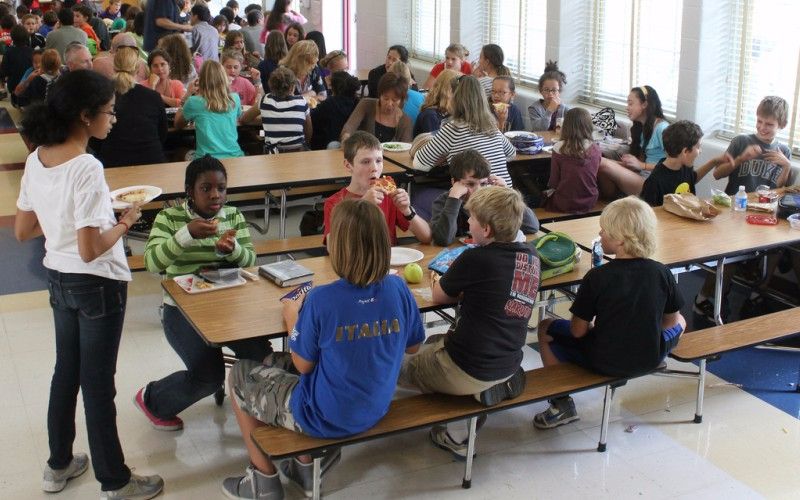 Federal investigators claim two Yeshiva school officials were reporting a dinner meal program at their schools when there were no actual meals provided for low-income students. The former leaders allegedly pocketed $3 million in subsidies.


The prestigious, Brooklyn-based chain of Yeshiva schools were supposed to providing kids federally subsidized suppers five nights a week per what the two leaders, Elozer Porges, 43, and Joel Lowy, 29, were claiming. Yeshivas are Jewish institutions that focus on the study of traditional religious texts like the Torah and Talmud.

Porges, the former executive director, and Lowy, the assistant director, of Central United Talmudic Academy, pleaded not guilty to conspiracy and fraud during their arraignment hearing. The federal investigators stated that Porges and Lowy submitted documents claiming weeknight suppers between 2014 and 2016 for low-income and at-risk children at three of their schools. Evidence suggests that those suppers never happened.

Many of the three schools ŌĆō 762 Wythe Ave, 84-44 Sandford St, and 25 Franklin St ŌĆō have students that participate in federally subsidized breakfasts, lunches, and snacks. However, those students do not stay for a dinner meal. Bus drivers at the Wythe location told The Post that school is out at 4:45 p.m. and no supper is served.


Employees of the schools are shocked, remarking to reporters, ŌĆ£I just know they are fine people,ŌĆØ and ŌĆ£They have families and are normal people.ŌĆØ

The FBI and city Department of Investigation worked together to look into the reimbursement process to ensure that meals were actually being served at the Williamsburg schools. They spoke with staff at the schools, including the kitchen and custodial staff, to confirm that the only meals served were breakfast, lunch, and snacks.


The authorities contend that Porges and Lowy inflated the number of meals being served at the schools drastically so that they could keep more of the reimbursement from the federal governmentŌĆÖs Child and Adult Care Food Program. The program focuses on helping vulnerable and at-risk kids. They took advantage of ŌĆ£a program designed to assist the most vulnerable members of our community,ŌĆØ Acting United States Attorney Bridget Rohde said.

Commissioner of the city Department of Investigation Mark Peters added, ŌĆ£As charged, these defendants stole food from children in need by diverting millions of dollars in public funds intended to pay for their dinners.ŌĆØ

Porges and Lowy face felony charges of mail fraud and conspiracy to commit mail and wire fraud. If convicted, they face up to 20 years behind bars.

PorgesŌĆÖ lawyer Henry Mazurek said, ŌĆ£Any public money that was received by the school was used only for the benefit of students and teachers. Not one cent of public money was used for anyoneŌĆÖs private interests.ŌĆØ He called his client a ŌĆ£dedicated school officer,ŌĆØ not some thief. His client had arranged the bond of $500,000 when he was first arrested in May.

Lowy was released on $200,000 bond. His attorney Marc Agnifilo insisted his client would ŌĆ£fight the charges.ŌĆØ

Do you think the two executives should have to repay the money? Tell us in the comments below.

To learn more about school meal problems, read these articles: