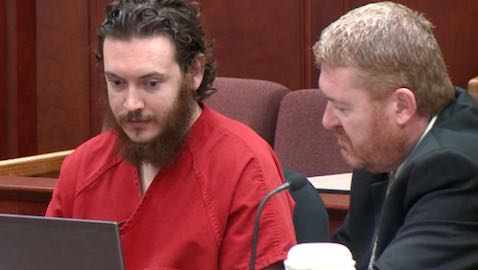 Summary: James Holmes, the shooter behind the Aurora, Colorado theater massacre, will serve the rest of his days in prison.

According to Reuters, it did not even take jurors in the Aurora, Colorado shooting rampage trial an entire day to return a verdict in the case. According to the Huffington Post, jurors deliberated just six-and-a-half hours. On Friday, the jury decided to reject the death penalty and sentence Holmes to life in prison without parole. In 2012, the 27-year-old began shooting in a midnight screening of ŌĆ£The Dark Knight,ŌĆØ killing twelve and injuring dozens more.


The jurors, to the shock of many, said they could not reach a unanimous decision that sentenced Holmes to death. Last month, Holmes was found guilty on all counts.

Holmes remained expressionless as the verdict was read. He started straight ahead, keeping his hands in his pockets, as the judge informed the court of the decision.


Sandy Phillips, who lost her daughter, Jessica Ghawi, in the shooting, was spotted with Caleb Medley, a survivor of the shooting who is now confined to a wheelchair, after the verdict. Phillips told Medley, ŌĆ£Justice is not served. Sorry, Caleb.ŌĆØ As a couple of defense attorneys walked by, Phillips commented, ŌĆ£I wonder how it feels to save the life of a mass murderer? Good job.ŌĆØ

A member of the jury later said that nine jurors supported the death penalty. Once was against it, and two others were undecided. Juror 17 said, ŌĆ£I think primarily it was the mental illness,ŌĆØ when asked why some held out. The defense argued that Holmes suffered from schizophrenia, and was not in control of his actions when he entered the theater.


District Attorney George Brauchler said that Holmes deserved death for the ŌĆ£horror and evilŌĆØ he committed inside the theater during his closing arguments. 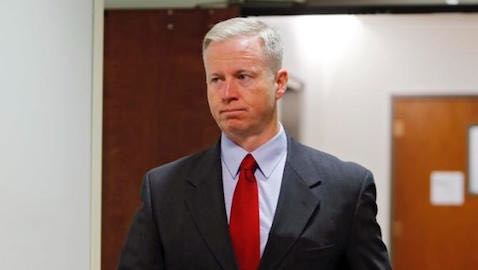 HolmesŌĆÖ parents asked for his life to be spared.

Dozens of survivors testified about the nightmare they experienced on the night of the shooting. They recalled trying to hide from Holmes as he fired rounds into the theater and how they tripped over their loved onesŌĆÖ bodies as they tried to escape.

Prosecutors argued that Holmes wanted to kill all 400 moviegoers that night. He did not kill more people, they claimed, because a drum magazine Holmes purchased to increase his firepower jammed.

Brauchler said in a news conference after the verdict that he had failed and was disappointed. He did thank the jurors for doing a ŌĆ£hell of a jobŌĆØ under such intense examination. He added, ŌĆ£I donŌĆÖt think thereŌĆÖs any doubt that he got what he wanted,ŌĆØ speaking of Holmes.

The trial began at the end of April. Penalty phase closing arguments were held on Thursday. At that point, the jury had heard the testimony of 306 witnesses and had seen close to 2,700 pieces of evidence.

The jury rejected HolmesŌĆÖ plea of not guilty by reason of insanity during the guilt phase of the trial. Tamara Brady, one of HolmesŌĆÖ defense attorneys, said that all of the doctors who testified agreed that the gunman was seriously mentally ill. 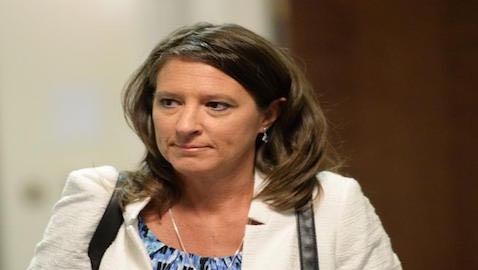 In closing arguments, Brady asked the jury whether they were prepared to sign the death warrant of someone who was mentally ill, and that they would have to live with their decision for the rest of their lives.

Holmes offered to plead guilty to avoid the death penalty, but prosecutors rejected the deal.

Throughout the trial, Holmes was mostly expressionless. On occasion, he would look when a photograph of himself appeared on court television screens. According to his attorneys, his ŌĆ£aloof or distractedŌĆØ appearance is due to his anti-psychosis drugs which treat, but cannot cure, his illness.

At this point, it is unknown where Holmes will serve his time. It is possible that he will be transferred to an out-of-state prison.

Holmes had no criminal record, and had graduated with honors from the University of California, Riverside. He had been seeing a school psychiatrist and had recently dropped out of a graduate program at the University of ColoradoŌĆÖs Anschutz Medical Campus in Aurora a few weeks before the shooting.

Holmes purchased a ticket for the movie, then snuck out to his car, which was parked behind the theater. He changed into what prosecutors called a ŌĆ£kill suit,ŌĆØ which included head-to-toe body armor, a gas mask, and a ballistic helmet.

Once he returned to the theater, he threw a teargas canister inside and began shooting. Cops arrested Holmes outside of the theater, and when they asked if he had an accomplice, he responded, ŌĆ£No, itŌĆÖs just me.ŌĆØ

Holmes did not take the stand in his own defense. According to the Wall Street Journal, the judge must officially sentence Holmes at a later time.