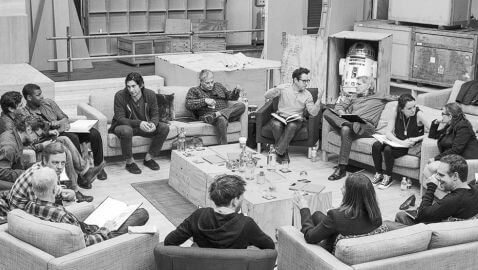 There are some familiar, yet older, faces in the cast of the new “Star Wars” film, according to ABC News.

So, where do the new cast members come from? We have that answer for you here.

Adam Driver comes from “Girls.” He has also appeared in “Lincoln,” “Inside Llewyn Davis” and “This is Where I Leave You.”


Max von Sydow, 85, is a veteran actor. He most notable role was as Lamar Burgess in “Minority Report” alongside Tom Cruise. He also played Lankester Merrin in “The Exorcist.”

Oscar Isaac joins the cast from “Inside Llewyn Davis.” He received a Golden Globe nomination for Best Actor for his work in the movie. He played King John in 2010’s “Robin Hood.”

22-year-old John Boyega began acting in 2011 when he appeared in “Becoming Human.” He is also filming “24: Live Another Day.”

Domhnall Gleeson played one of the Weasley brothers in “Harry Potter.”