Got a tip?
Home » Weird News » Inmate Dies of Heart Attack After Execution is Halted 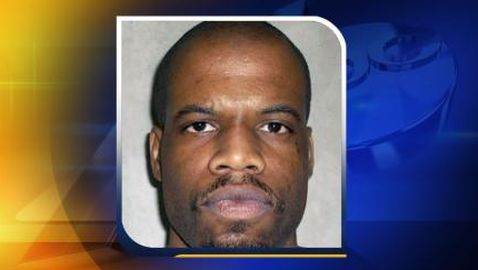 The state of Oklahoma used a new drug combination for the first time during an execution and it went horribly wrong. According to the Huffington Post, Clayton Lockett had his execution halted, but later died of a heart attack.

Lockett was writhing, clenching his teeth, and struggling against the restraints holding him onto the gurney during the execution due to the new drug combination. Lockett was deemed unconscious 10 minutes following the first of three drugs from the new combination was given to him on Tuesday.


Not three minutes later he began to clench his teeth, writhe and breathe heavily. Officials from the execution blamed the issues on a ruptured vein. The Department of Corrections made sure the blinds were closed so those in the viewing gallery could not see what was happening. Lockett died shortly after of a heart attack.

“It was a horrible thing to witness. This was totally botched,” said Lockett’s attorney, David Autry.


“They should have anticipated possible problems with an untried execution protocol,” Autry said. “Obviously the whole thing was gummed up and botched from beginning to end. Halting the execution obviously did Lockett no good.”

Charles Warner was scheduled to be executed just two hours after Lockett, but Governor Mary Fallin ordered a 14-day stay of execution for Warner after what occurred during Lockett’s execution. Fallin also ordered the Department of Corrections to conduct a “full review of Oklahoma’s execution procedures to determine what happened and why during this evening’s execution.”


The director of the department, Robert Patton, decided to halt the execution 20 minutes after the first drug was given to Lockett.

“There was some concern at that time that the drugs were not having that (desired) effect, and the doctor observed the line at that time and determined the line had blown,” Patton said at a news conference. “After conferring with the warden, and unknown how much drugs went into him, it was my decision at that time to stop the execution.”

“I’m not a medical professional, but Mr. Lockett was not someone who had compromised veins,” Autry said. “He was in very good shape. He had large arms and very prominent veins.”