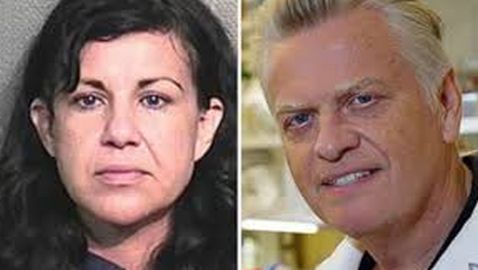 A jury in Houston, Texas found Ana Trujillo guilty in the ‘stiletto murder’ of her boyfriend, according to ABC News. When the verdict was read, Trujillo closed her eyes briefly and showed very little emotion. Her family exited the courtroom in tears.

The trial in Houston became internationally known because of the weapon of choice; a blue suede pump. It was a size 9 with 5 inch heels.


According to prosecutors, Trujillo bludgeoned her boyfriend, Dr. Stefan Andersson by hitting him 25 times in the head with the heel of her shoe.

According to Trujillo’s attorney, Jack Carroll, an argument occurred the night of the incident and she tried to defend herself. Carroll said that Trujillo is a diminutive woman while Andersson was bigger than her. He said she looked for a weapon during the argument and the shoe is the first thing she found.

During police interrogation, Trujillo said that Andersson attacked her in a rage and all she did was defend herself. The prosecution said that Trujillo never told the dispatcher or the responding police that she was in danger even though the defense said she fought in defense of herself.


“Self defense is only when you are in fear for your life. When did we hear that Ana was in fear for her life? Never,” the prosecutor said when making closing arguments in the trial.

The prosecutor noted that a neighbor reported the sounds of a man screaming, but not a woman.


During closing arguments, the defense attorney for Trujillo said, “Dr. Andersson probably was a nice guy, but what he did that night can’t be dismissed because he was a nice guy.”

The jury was expected to be presented with more evidence during the punishment phase of the trial in order to determine a sentence for Trujillo. She could be sentenced to life in prison.