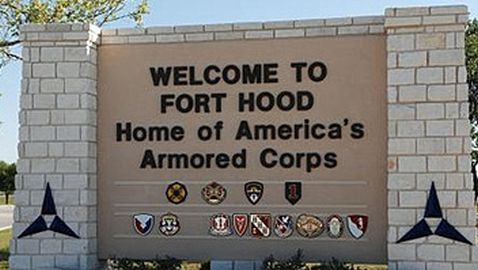 For the second time in five years, a shooting has occurred at Fort Hood in Texas. The most recent one, which took place on Wednesday, injured at least 16 people and took the lives of four, including the gunman. According to CNN, the government has yet to rule out terrorism, but are downplaying it. Multiple outlets have identified the shooter as Specialist Ivan Lopez.


McHugh did not publicly name Lopez as the shooter, but did say that the suspect had been fully evaluated last month by a psychiatrist. Since there was no sign that the suspect would harm himself or others McHugh said “the plan (going) forward was just to continue to monitor and treat him as deemed appropriate.”

Lopez served two deployments, with one in Iraq as a truck driver. McHugh said that his records “show no wounds, no direct involvement in combat … or any injury that might lead us to further investigate battle-related TBI (traumatic brain injury).”

Lopez is a native of Puerto Rico who enlisted in the Army back in 2008. When he enlisted it was as an infantry soldier. He then switched over to truck driver. Lopez moved onto the base recently.


Lopez used his personal .45-caliber handgun during the shooting. The Iraq veteran, 34, shot himself in the head, ending the rampage.

“There are some initial reports there may have been an argument in one of the unit areas,” Lt. Gen Mark Milley, the post’s commanding general, told reporters late Wednesday.

All of the victims in the shooting are Army personnel. The shootings occurred in the transportation battalion and medical brigade buildings.

The base was put on lockdown, with shelter in place orders given for the 45,000 soldiers and 9,000 civilian employees.

The ordeal came to an end when Lopez was confronted by a military police officer in a parking lot. “He put his hands up and reached under his jacket, pulled out the (gun), and she pulled out her weapon. And then she engaged, and then he put the weapon to his head, and he died of a self-inflicted gunshot wound,” Milley said.

“She did her job, and she did exactly what we would expect of a U.S. Army military police.”