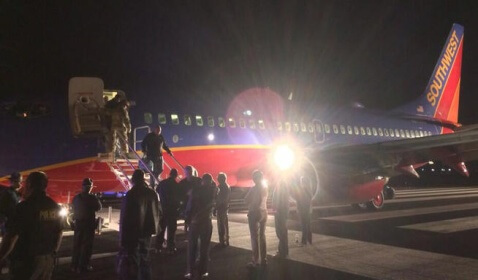 Sunday night a Boeing 737-700 touched down at Taney County’s M. Graham Clark Downtown Airport. Sounds normal- but there was just one problem. While Southwest is the largest operator of the 737-worldwide, and the company logistically manages hundreds of flights, they scarily and awkwardly made a mistake that isn’t easy to swallow. That particular flight landed in the wrong airport.


According to reports by the Western Taney County Fire District fire chief and emergency management director, Chris Berndt, the aircraft landed about 500 feet from the end of the runway. Chris Berndt also stated that no one had been injured. The Southwest Airlines Flight passengers were delayed around two hours and CNN reported that the passengers were given $200 vouchers for future travel.

A spokesman for Southwest Airlines, which is headquartered in Dallas, Texas, Brad Hawkins, disclosed that he didn’t yet have enough information to say why the plane landed at the wrong location.

An investigation has been launched into this incident by the Federal Aviation Administration and National Transportation Safety Board. Southwest Airlines has never had any passenger on board die as a result of a crash and the airline was considered amongst the 10 safest in the world in 2012. For information about employment opportunities with Southwest Airlines readers can click here.