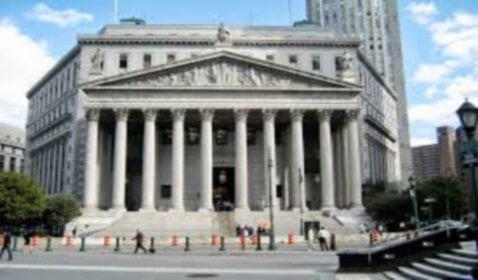 U.S. District Judge Ronnie Abrams at the Manhattan Federal District Court on Wednesday denied a motion by Quinn Emanuel Urquhart & Sullivan to dismiss a suit filed earlier this year. Contract attorney, William Henig, claims that Quinn Emanuel “should have paid him overtime for a document review stint that he did.” American Lawyer reports that Judge Abrams allowed the suit to proceed to “limited discovery” and then added that she would “entertain a request for summary judgment once more information pertinent to the case is submitted.”

Back in April Quinn Emanuel put forth its filings in hope to dismiss the case. Marc Greenwald, the¬Ýwhite-collar and corporate investigations co -chair noted that “Henig’s work rose to the level of practicing law and is therefore exempt from overtime pay requirements.” ¬ÝJoseph & Kirschenbaum partner D. Maimon Kirschenbaum represents Henig, and claims that “his client’s document review did not meet the standards of exempted work.”


According to S.D.N.Y Blog, Judge Abrams has denied Quinn Emanuel‚Äôs motion to dismiss a class action suit seeking unpaid overtime for contract attorneys who perform document review. Judge Abrams found there were fact questions as to whether the plaintiff was or was not ‚Äúengaged in the ‚Äòpractice of law,‚Äô‚Äù which would take him out of the protections of the FLSA. She limited discovery in the initial instance to the question of whether the plaintiff was practicing law, and indicated that she would then entertain summary judgment motions.

In her ruling, the Judge, Ronnie Abrams, stated “the court could not yet make a determination about whether William Henig’s work for Quinn Emanuel Urquhart & Sullivan rose to the level of practicing law.”