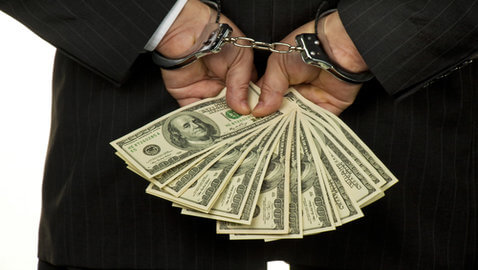 Crowell & Moring is a law firm with over 500 lawyers. The law firm practices in several areas of law including regulation, corporate transactions and litigation. It assists as counsel for many industries including agriculture, aerospace, and healthcare.

However, not all attorneys are assumed moral just because they get admitted to a bar. Former Crowell & Moring attorney, Douglas Arntsen, who got convicted for committing a felony, is serving time for up to 12 years.


According to NBCNews.com, Arntsen was a Manhattan, NY corporate lawyer, who pleaded guilty in 2012, when he was age 34, to embezzling more than $10 million in clients’ money. The theft was probably surprising to many, since 2012 was not known as great year for legal employment, so some may wonder why someone who had a job needed to steal.

NBCNews.com reported prosecutors stated Arntsen invested the money he took on businesses, ate from expensive restaurants, and visited strip clubs. Apparently, not lawyers should not be assumed to be trustworthy even when they past moral character tests.

The guilty plea ended a year-long drama that began in September 2011 when Arntsen jetted to Hong Kong. The flight took place one day after the Manhattan district attorney’s office informed Crowell & Moring he was the interest of a criminal investigation. Arntsen is now in prison after admitting he stole from client escrow funds.


Though Arntsen must have studied hard for the New York bar exam like many who graduated from law school, he apparently took being an attorney for granted because now he can no longer practice law in New York state. The disbarment may make it difficult for him to be lawyer in other states too because the disbarment appears to result from dishonest conduct.


The AmLaw Daily reported that according to the court’s ruling, first-degree felony convictions call for automatic disbarment in New York. The New York Law Journal reported the disbarment was retroactive to October 2, 2012.

Arntsen was worked at the law firm in real estate and commercial litigation. He joined the firm in February 2007 from Buchanan Ingersoll & Rooney.

The press described the embezzlement surfaced when there was a dispute between Arntsen and his then-client Regal Real Estate. The client noticed funds missing from their escrow account. According to Reuters, on September 14, 2011, the managing partner at Regal Real Estate followed Arntsen when he visited several Manhattan banks. The attorney handed to banks missing money from the client‚Äôs account.