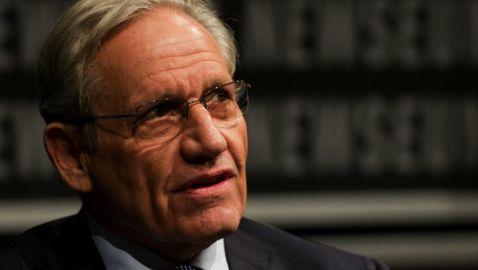 On Thursday, Politico noted that Bob Woodward did not appear threatened by an email from Gene Sperling, the White House economic adviser. It was originally reported that Woodward felt threatened by Sperling and his comments. The White House tried to clarify, saying that Sperling was warning Woodward about publishing incorrect information.

On Wednesday, Woodward was on CNN with Wolf Blitzer, accusing the White House of using heavy-handed tactics with him because he questioned the Obama administration regarding the negotiations for the budget sequester.


According to Woodward, Sperling said that he would ‘regret’ moving ahead with his narrative. Woodward said that this clearly was a threat.

“It makes me very uncomfortable to have the White House telling reporters, you’re going to regret doing something that you believe in,” he told Wolf Blitzer.

Politico released the emails between Sperling and Woodward on Thursday.


Here’s an excerpt from Sperling:

I apologize for raising my voice in our conversation today. I do understand your problems with a couple of our statements in the fall — but feel on the other hand that you focus on a few specific trees that gives a very wrong perception of the forest. But perhaps we will just not see eye to eye here. But I do truly believe you should rethink your comment about saying saying that Potus asking for revenues is moving the goal post. I know you may not believe this, but as a friend, I think you will regret staking out that claim … My apologies again for raising my voice on the call with you. Feel bad about that and truly apologize.


Woodward replied with the following:

Gene: You do not ever have to apologize to me. You get wound up because you are making your points and you believe them. This is all part of a serious discussion. I for one welcome a little heat; there should more given the importance. I also welcome your personal advice.