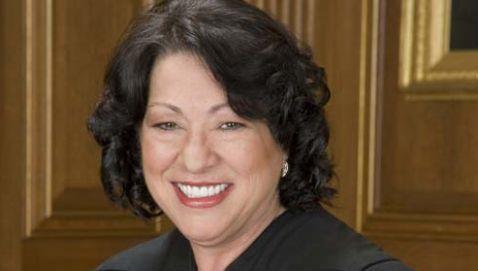 The racially charged language used by a prosecutor in Texas has been condemned by U.S. Supreme Court Justice Sonia Sotomayor, according to Reuters. Sotomayor wrote a statement to go along with an announcement from the Supreme Court that it is not going to file a criminal case.


Sotomayor, who is the first Hispanic justice on the Supreme Court, wrote in the statement that “tapped a deep and sorry vein of racial prejudice that has run through the history of criminal justice in our nation.”

She also said that the question was “pernicious in its attempt to substitute racial stereotype for evidence.” She also accused President Barack Obama’s downplaying of the issue. The defendant being questioned was Bongani Charles Calhoun. He wants the Supreme Court to order a retrial because he claimed that his right to a fair trial was violated when he was asked the question.

For his role in a drug conspiracy, Calhoun was convicted of three offenses.


“I hope never to see a case like this again,” Sotomayor wrote. Justice Stephen Breyer also signed on to the statement written by Sotomayor. Sotomayor noted that the case was not taken up by the court because Calhoun did not raise the argument early in the appeals process. This is required by law.